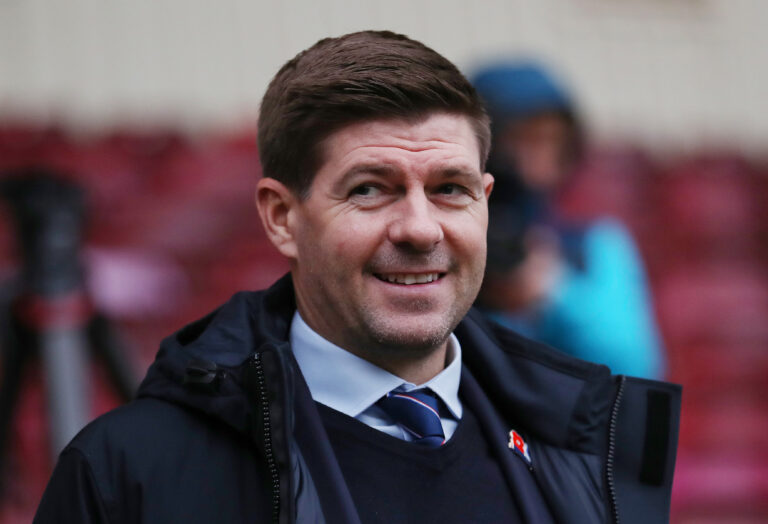 UPDATE: The appointment of Steven Gerrard as Aston Villa manager is now official.

The club sacked Smith on Sunday after a run of five consecutive defeats. The last of those was a 1-0 loss at Southampton on Friday.

Smith leaves Villa with the club currently 16th in the Premier League on 10 points. They are two points clear of the relegation zone.

Gerrard’s move to Villa will represent his second managerial role at a professional level. Last season, he guided his current club Rangers to the Scottish Premiership title, ending the long-time divisional dominance of rivals Celtic.

One issue surrounding Aston Villa this season has been their tendency to concede goals.

In 11 Premier League games this term, they have shipped 20 goals. Only 19th-placed Newcastle – the only team in the division yet to win a game – have conceded more (24).

That is in contrast to Gerrard and Rangers. The Gers may be one of the big fish in a small pond in the Scottish Premiership, but their defensive record over the last 18 months has been exemplary by any standard.

It formed the bedrock to their successful attempt at winning the league for the first time in 11 years last season. Rangers conceded just ten goals in the 33-game season as they went unbeaten and claimed the title, finishing 20 points ahead of Celtic.

The European experience of Steven Gerrard

Having finished second in each of his three full seasons at Rangers, Gerrard has built up a wide range of European experiences.

Last season, he guided the Gers to the round of 16 stage in the Europa League. The side topped a group containing Benfica, Standard Liege and Lech Poznan. They then defeated Belgian side Antwerp in the round of 32 before suffering a 3-1 aggregate defeat to Slavia Prague.

They also reached the same stage the previous season. Gerrard’s side defeated Porto at Ibrox in the group stage and Braga in the round of 32.

They lost 4-1 on aggregate to German giants Bayer Leverkusen in the round of 16.

Aston Villa’s long-term project, meanwhile, was laid out by former boss Dean Smith in May.

He told Sky Sports: “Qualifying for Europe is the aim for the football club. The vision of the owners is to develop players and grow the value and the brand of Aston Villa Football Club across the world. We need to start challenging.”

Can Gerrard be the man to help the club reach that target?

Gerrard plays a high-intensity brand of football at Rangers, with his players told to press from the front.

Villa have a vast number of exciting attacking players that could carry out his instructions to significant effect. The likes of Leon Bailey and Emiliano Buendia have already shown glimpses of quality in the Premier League – Gerrard could be the one to get the best out of them.

When it comes to formations, the Gers often utilise a 4-3-3. John McGinn will likely be a valuable part of the side as a box-to-box midfielder, whilst the likes of Douglas Luiz and forgotten man Morgan Sanson – when fit – could also play a significant role.

It appears that Gerrard has the managerial and tactical skills to push Villa up the Premier League table.