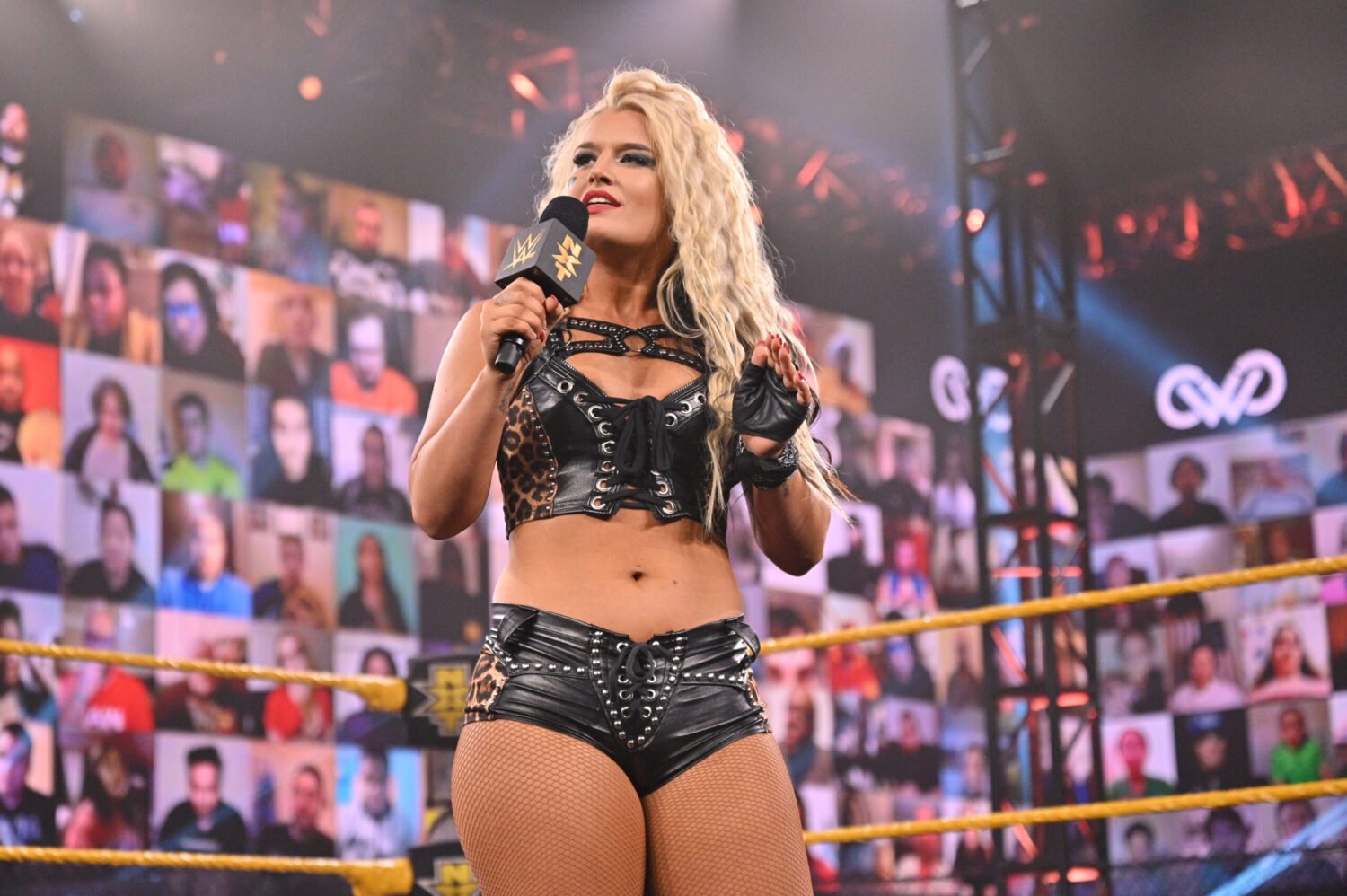 Toni Storm has opened up on her move to NXT being delayed due to COVID travel restrictions.

Storm wound up stuck in the UK for three or four months due to the imposed travel rules, meaning her original move date had to be pushed back.

While speaking with Kenny McIntosh of Inside The Ropes, the former WWE NXT United Kingdom Women’s Champion spoke about her transition from NXT UK to NXT, adapting to her new heel character, ring rust, and appearing at the Royal Rumble.

“Oh, last year was insane. I mean, not just for me but for everyone. But for me, I was meant to move to America end of March and then a week before I was set to go, Trump came up and cut all travel restrictions. I mean, fair enough, but just terrible timing for me.” She revealed.

Storm would go on to say how she was initially lucky enough to be able to stay in her apartment and wait it out, before ending up being stranded in London for “three or four months” due to border restrictions.

“Luckily, I could stay in my apartment and I waited it out a little longer. Then in May, WWE were like, ‘Yeah, you’re good to go, green light.’ So I packed up all my stuff, got rid of my apartment, went all the way to London to get on the flight. And then there was issues with border control and I couldn’t get in. So, long story short, I got stuck in London for about three or four months. So, it’s been a crazy journey just getting here. It’s been insane. But I’m here now.”

The NXT star also confirmed her debut had been scheduled months prior, and that she would be stranded at a time when NXT UK was on hiatus due to the pandemic, leading to a lot of uncertainty.

“Yeah, I think I was meant to be there quite a few months sooner, but obviously I got stuck and obviously the UK… It’s still in a terrible state now, pandemic wise, but it was terrible back then so we didn’t know what was happening with NXT UK either. I was just kind of in between, like, ‘ I don’t know.’ I was living each day not knowing what was going to happen, when I was going to leave, so it was crazy time. But yeah, it took me until October.”

The 25-year-old went on to say how her re-emergence in NXT would actually take her by surprise after spending so long worrying about everything else that comes with moving country, and how she would even end up feeling nervous ahead of her return.

“Yeah, it was crazy because I had spent so long with my prime focus being, ‘Just getting to America, get to America, set up your life over there, stop living on people’s couches.’ You know? That was that was the forefront of my mind and then I got there and was like, ‘Oh, my God, I haven’t wrestled in so long.

“And I was kind of I was nervous going into it because it had been so long since I had trained, since I had been in the ring and done a march. Luckily, it all came back to me but it’s been crazy. Since I started, when I was 13, I’ve never had that much time off. So it was very different and kind of foreign for me to be like kind of rusty. I was like, ‘Oh, my God, here I am – at it again. Like, but yeah, I finally dusted off the cobwebs and I’m feeling a lot better now, which is perfect timing for TakeOver!”

The nerves were understandable, given that Storm was thrust into the hellatious WarGames structure – which she says actually helped get her back into a rhythm.

“Yeah. I mean, I guess, after taking all that time off during the pandemic and then being in a massive steel cage with two rings and weapons everywhere, it was quite a shock physically because I’m just… I got used to not being hit with weapons and stuff!

“Yeah, it was cool, though, and I think it helped me get back into the swing of things a lot smoother. It was it was so much fun. I’m so glad that I got to have that kind of match. And I hope I’m in the next one because it’s great – and we won!”

With regards to becoming a heel following a lengthy spell being cheered by the WWE Universe, Storm said she feels right at home – and much more focused as a result.

“To be honest, I feel like I’m more myself than I ever have been. I feel a lot better just not caring and just being me. It’s a lot easier to get people to dislike you than like you. It’s a lot less effort, which is good because it just helps with my focus going forward and I think it’s going to be more entertaining for everyone, if anything.”

She went on to say how she’s just happy to have everyone inside the building to bounce off of in her new villainous role, pointing out that the Royal Rumble was actually her first time wrestling in an empty arena.

“I’m grateful that we’ve got people in the building. It’s awesome. I think the Royal Rumble, just recently, was the first ever empty arena I have ever done. So I was lucky enough to dodge all the empty arena shows.

“NXT, it’s great. I love that there’s people there because that’s why I do this, at the end of the day, is to perform in front of people and it’s cool having people in there. It at least feels a little bit normal, even though they’re locked away in their little pods with their masks on. Who would have thought we would ever see the day that happened?! But here we are .”