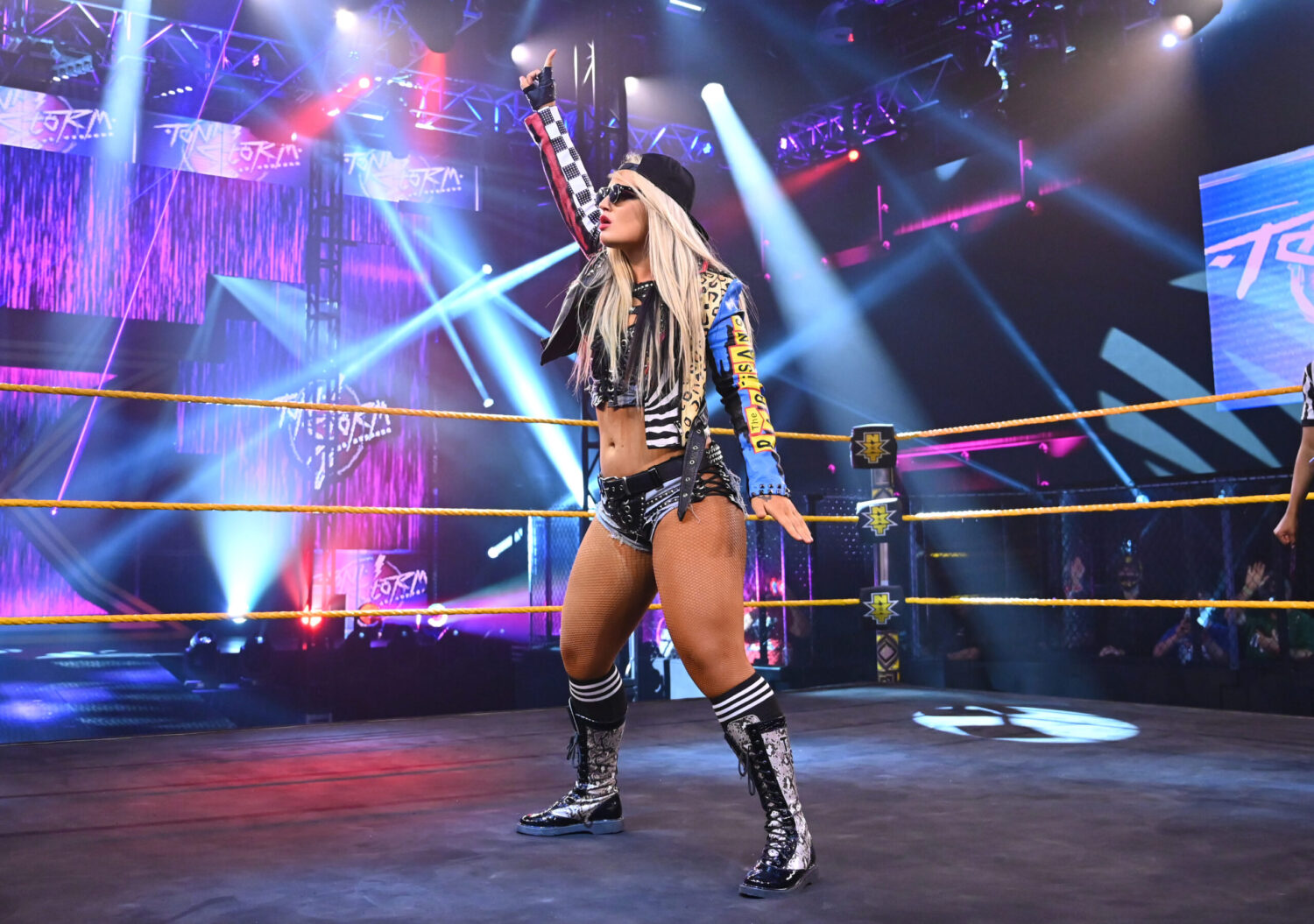 Following Natalya’s claim that she was going to ask Vince McMahon for a match with Toni Storm, calling it one of her “dream matches”, the 25-year-old has responded with her own praise for the veteran.

In an interview with Kenny McIntosh of Inside The Ropes, the former NXT UK Women’s Champion spoke about her delayed return to NXT, before revealing how big a deal a match with Natalya would be to her.

“That would be a dream come true, because she’s obviously someone that I’ve watched for so many years, one of the people that inspired me to be here in the first place.” She explained.

“So, for her to just come out and say that she wants to have a match with me is a huge deal for me and I think that would help elevate me a lot and she could teach me a lot from just one match.”

Storm went on to say “locker room leader” Natalya is “one of the greatest”.

“I have a lot of respect for Natalya. I think she’s one of the greatest and, whenever I’m backstage, and she’s there, I feel really taken care of.

“She’s a locker room leader and she’s just a fantastic human. So just even outside of wrestling, she’s just a very good person and it means a lot for her to say those things about me.”