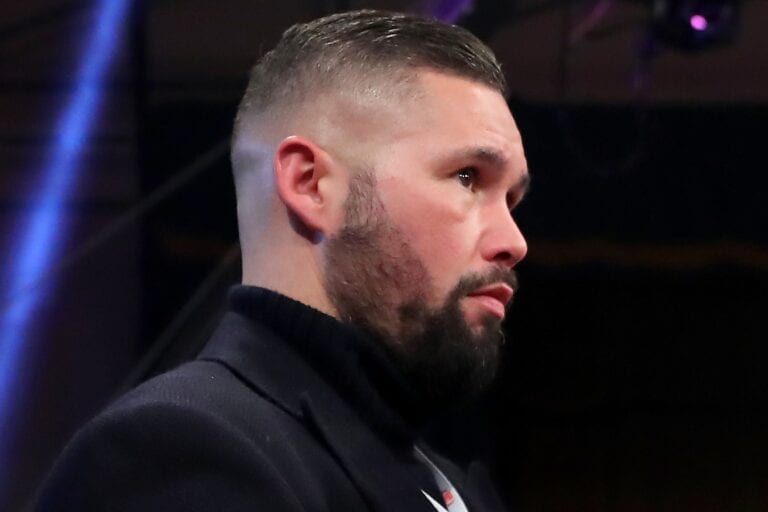 British boxing icon Tony Bellew has given his prediction for the Anthony Joshua vs Tyson Fury superfight.

Bellew, who retired in November 2018 after his loss to Oleksandr Usyk, knows a fair amount about both of these men.

In addition to his own boxing experience he’s also been there ringside on several occasions to see them compete, and there are few pundits better placed to weigh in on what could happen when they finally square off.

During an interview with talkSPORT, Bellew opened up about why he thinks Joshua has the edge.

“Tyson Fury is very, very hard to work out, but I still stand by Anthony Joshua. I just think he will jump on him, he won’t care what’s coming back, and that’s the only way to beat Tyson Fury.”

Whoever does lose out on the night will reportedly have the chance to avenge their defeat after a two-fight deal was signed yesterday.

Tony Bellew on Anthony Joshua: "I believe he is the only guy who has the tools to beat Tyson Fury. He's the man who can get close enough, he's the man who throws punches that are fast enough to land, he hits hard enough to drop him and hurt him." [Fight Night Extra @talkSPORT2]

“It’s all well and good that Deontay Wilder was getting close to Tyson Fury and swinging big bombs.

“But listen, you could’ve stuck a first class stamp on them and they would’ve still been late getting there because of the style that he throws them with!”

Bellew went on to question Wilder’s style when considering the possibilities surrounding this fight.

“Think about this – if Tyson Fury gets dropped by Anthony Joshua, do you genuinely believe he’s going to be able to see out the round?

While AJ is certainly a superstar many fans have been divided on this subject. Joshua has the finishing ability, but Fury is a stylistic nightmare for just about anyone.

It’s the fight that nobody is 100% sure about, but also that none of us are willing to miss.