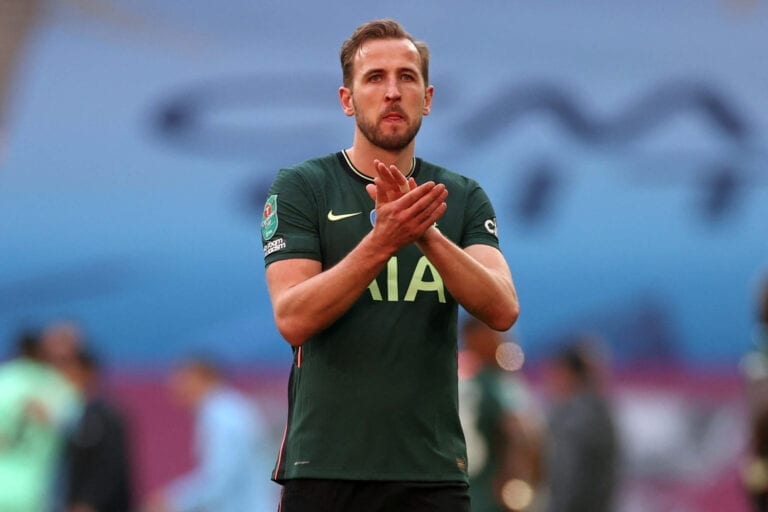 Tottenham Hotspur have released a statement following reports that Harry Kane has expressed a desire to leave the club this summer.

Kane is said to have asked to move on in the next transfer window.

Kane is yet to win a trophy in a Spurs shirt – and it looks likely that the club will not achieve Champions League qualification this season.

The Athletic reported that the 27-year-old had asked to leave last summer, but agreed to stay for another season.

But they also report that the view of the Tottenham hierarchy is that there is “no chance” that he will leave this time around.

The club released a brief statement to Sky Sports addressing the reports last night, which read: “We have a season to finish and we want to finish it as strongly as possible.

“That’s all everyone should be focusing on.”

Spurs currently sit in sixth position – five points off the Champions League spots with just two games to play. They host Aston Villa at the Tottenham Hotspur Stadium on Wednesday evening, before travelling to Leicester City on the final day of the season.

When asked about the reports regarding his star striker, Spurs interim head coach Ryan Mason says that he is not “aware” of Kane asking to leave the club.

He added (via Football London): “All of my conversations I’ve had with Harry have been about the game the other day and also preparing for the game tomorrow. So no, I don’t know.”

Spurs’ fixture against Aston Villa tomorrow will see the return of 10,000 fans to the Tottenham Hotspur Stadium. It will be the first time fans have been allowed to attend since 2,000 were admitted for games against Arsenal and Royal Antwerp back in December.

When asked for his thoughts on what the fans’ reaction to Kane will be tomorrow, Mason replied: “They will love seeing him play.

“He loves the club, he has been at the club from a very young age, he’s come through the system.

“I am sure the fans are excited to be there tomorrow, the lucky ones, and to see Harry play as well.”