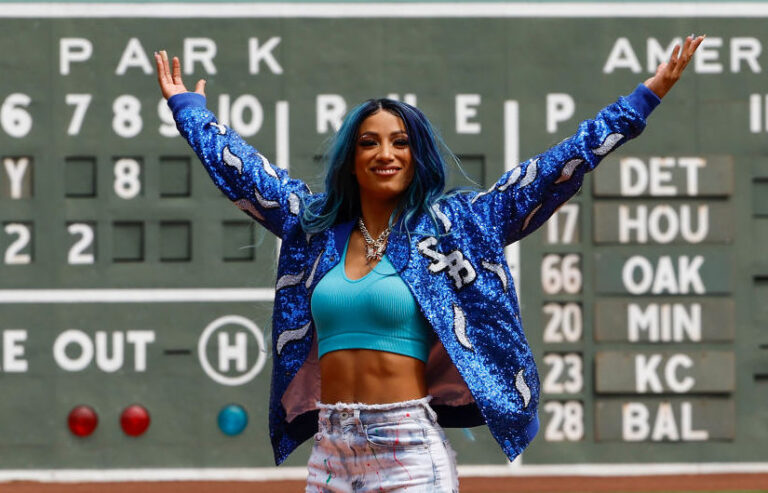 Triple H has commented on the potential return of WWE star Sasha Banks – three months since she was last seen on television.

Banks and Naomi walked out of an episode of Raw in May. Reports say this was due to creative frustrations and the feeling that their Women’s Tag Team Championships were devalued.

The following month, WrestlingInc reported that Banks had been released by WWE. However, Fightful Select later claimed that her lawyers were working on a release. Despite this, Banks and Naomi were both removed from the internal rosters, suggesting a return was not in the offing.

However, since Triple H took over as head of creative, fans have had renewed optimism that the popular pairing will return to WWE. In storyline, they are currently suspended, and their tag titles were made vacant. Earlier this week, Aliyah and Raquel Rodriguez won a tournament to become the new champions.

WrestlingNews reported last month that they had been told an agreement had been reached for Banks and Naomi to make a return.

As of yet, there is no indication of when this will happen, or confirmation over whether they have definitively agreed to come back to the company. However, during an episode of ‘Ariel Helwani Meets‘, Triple H was asked about whether ‘The Boss’, specifically, would make a return – and he was full of praise for the former SmackDown Women’s Champion.

“Starting up that communication, it’s not a difficult process, but it can be a process, right? And you have to go through the process. But she’s an unbelievably talented young woman, that can do just about anything she wants. It just comes down to, what does she want to do now? With her life, with her career, or whatever that is.

“But she is, I think as you’ve seen over the course of her career, of just coming into the Performance Center, in NXT, she is an unbelievable performer that I believe, with everything that I have, is one of the biggest stars in our business. So, it is what she wants to do.”