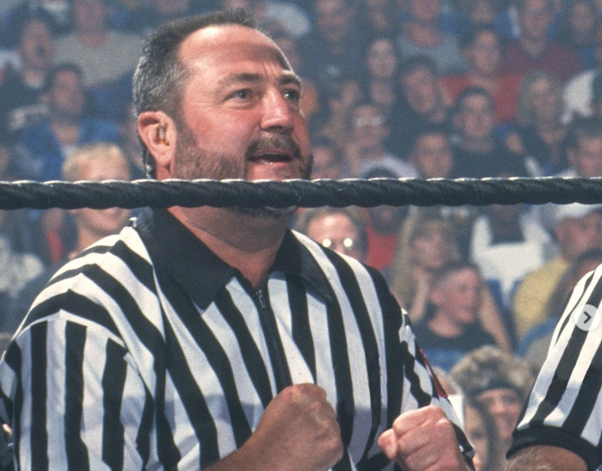 A popular figure in the wrestling world, the company described White as “a dedicated WWE referee and official” who had an “illustrious career”.

The former official’s passing is the second tragic loss in the WWE family in recent weeks. Dave Hebner, another long-time referee of the federation, passed away just days before.

Following the news, stars of the sports entertainment company showed their respect for one of their own.

Wrestling legend Triple H led tributes to Tim White as he took to Twitter to pay his respects.

“Shocked and saddened,” wrote The Game. “Timmy [White] was one of the absolute best people I’ve known and had the pleasure of working with. Myself and the entire WWE family will miss him dearly.”

Finally, Adam Scherr, better known as Braun Strowman, gave a touching tribute on his Twitter. This was particularly personal for Strowman, as he and White worked together closely in their careers.

“The world lost an amazing human. Tim was one of a kind. He was always in charge of handling me when I was with WWE. I was so honoured to have him at my side like Andre [the Giant] did. You will be so very missed my dear friend. I’ll see you in Valhalla.”

As well as being one of the beloved people in the WWE family, Tim White leaves behind a great legacy too.

In a career that spanned more than two decades, White had several roles in the federation. Joining WWE in 1985, he started out as an assistant to the legendary Andre the Giant. Alongside this, he steadily increased his workload as a referee. He went full-time in 1993, following the unfortunate death of Andre.

A regular name during the iconic “attitude” era, White featured in some of the most memorable matches that the WWE held. For example, he officiated the incredible 1998 Hell in a Cell match, where The Undertaker and Mankind put on a classic.

Sadly, a Hell in a Cell event was also what caused White’s retirement from officiating. He ended up injured in the 2002 battle between Triple H and Chris Jericho, busting his shoulder.

This shoulder injury sustained from the match forced him to forego in-ring duties, and he retired following one last match at WrestleMania XX. However, he continued to work hard in various off-screen duties until leaving the company in 2009.

We send our condolences to White’s family and friends at this difficult time.