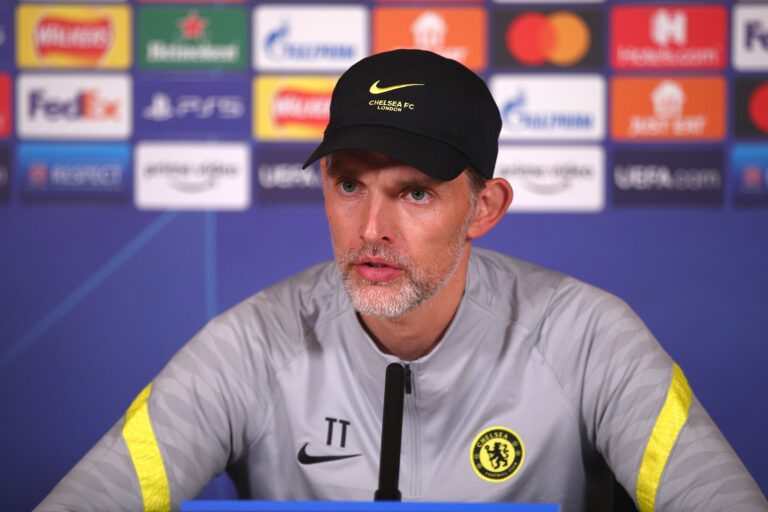 Chelsea manager Thomas Tuchel has said he is not in a position to recommend that his players get the Covid-19 vaccine after N’Golo Kante tested positive for the virus earlier this week.

The Frenchman must now enter a period of self-isolation, and will miss Chelsea’s Champions League fixture against Juventus tonight.

Tuchel – who says he himself is vaccinated – believes that he is not in a position “to speak out proper recommendations” about the vaccine, and added that it is a decision for each individual to make on whether they get it or not.

He explained (quotes via The Guardian): “I can make the decision [to get vaccinated] myself, and everybody else needs to reflect about it and take a risk or not. I think it’s a serious question and vaccination seems to be proper protection.

“I am vaccinated. But I don’t really see myself in a position to speak out proper recommendations. I think that would go too far.

“I’m a football coach, I’m not a 100% expert in this and I would leave it up to them. Everybody is adult enough and everybody lives in a free country, which is a good thing.

“Of course we take actions and then are responsible for them. We don’t like to lose players. But we are not now angry with N’Golo, we are concerned about him, as we are with any injured players who get a kick in a game.

When asked about whether he would fear any bad reactions from speaking out – following Gareth Southgate’s revelation that he had received abuse over a video calling for the public to get vaccinated – Tuchel said: “I am absolutely not afraid of bad reactions [from speaking out]. If I am convinced about something I will speak out publicly, but I’m a football coach.

“I am a father in my family, so I have enough to do. I am not fully involved. I am not fully aware of what vaccination is deeply all about. I took the decision to have it. But am I in a position to give recommendations publicly? No, I am not.”

Chelsea come into Wednesday’s clash at the Juventus Stadium off the back of a 1-0 win against Zenit St Petersburg on matchday one of this season’s Champions League.