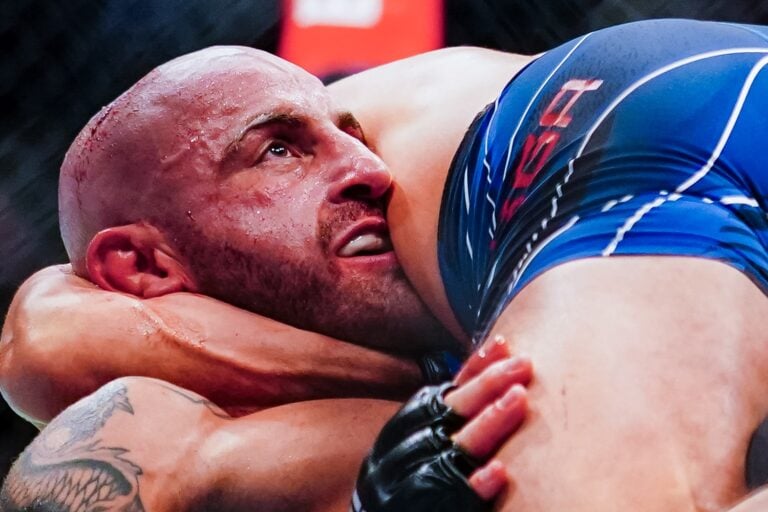 UFC 266 is officially in the books and it’s not outlandish to suggest that it was one of the most fascinating MMA events of the year thus far.

From the return of a legend to two title fights and beyond, we saw a whole lot of excitement from the UFC’s return to Las Vegas. The capacity crowd was as vocal as ever for a card that managed to fly under the radar for a while leading up to International Fight Week, with things really picking up from the UFC Hall of Fame ceremony onwards.

Today, we’re going to run through a few tidbits that really stood out on a night that – all in all – lived up to the hype.

The Dvalishvili vs Moraes war

After going on a losing streak Marlon Moraes knew he had to make a statement against rising prospect Merab Dvalishvili, and he came so close to doing just that. He knocked “The Machine” down two or three times in the first round but in one of the most insane displays of resilience we’ve seen in a long time, Dvalishvili persevered and fought back to finish Moraes with some vicious ground and pound.

Valentina does it again

Across her last five fights Valentina Shevchenko has absorbed just 92 strikes from her opponents. The UFC flyweight champion just cannot seem to find anyone who is even remotely on her level within the division and although more contenders will probably be thrown her way, the obvious next step will surely be to put her up against Amanda Nunes again in the wake of this dominant win over Lauren Murphy. 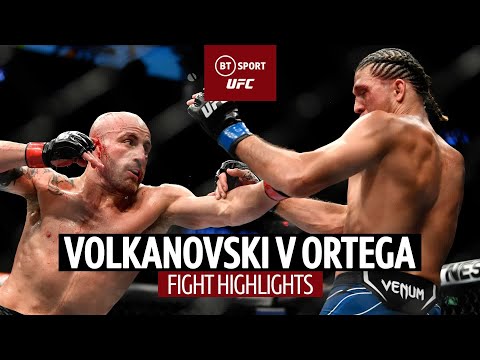 Dan Hooker and Nasrat Haqparast both had to go through fire to get to UFC 266 as a result of personal heartbreak and travel restrictions but in the end, they both made weight and made it to fight night – which is an accomplishment in itself. While Haqparast was ready for a stand-up war, Hooker wasn’t prepared to go back to New Zealand with another loss and made some great wrestling adjustments to secure the W.

Diaz vs Lawler lives up to the hype

Nick Diaz and Robbie Lawler are clearly past their prime and it doesn’t take a genius to see that. Still, with the lights shining bright in Sin City they managed to produce a really fun sequel to their initial bout that went down 17 years prior. Sure, Diaz was noticeably slower, but he still went out on his shield by producing the kind of volume we’ve come to expect from him and his brother.

Alexander Volkanovski is one of the pound-for-pound best fighters in the UFC and the proof of that fact came in his dominant win over Brian Ortega. “The Great” put on yet another clinic but in the midst of all the fun he did have to face some serious adversity as “T-City” came within seconds of choking him out on two separate occasions in the third round.

If this fight isn’t enough to convince you that MMA is incredible then we suggest you get your head checked.