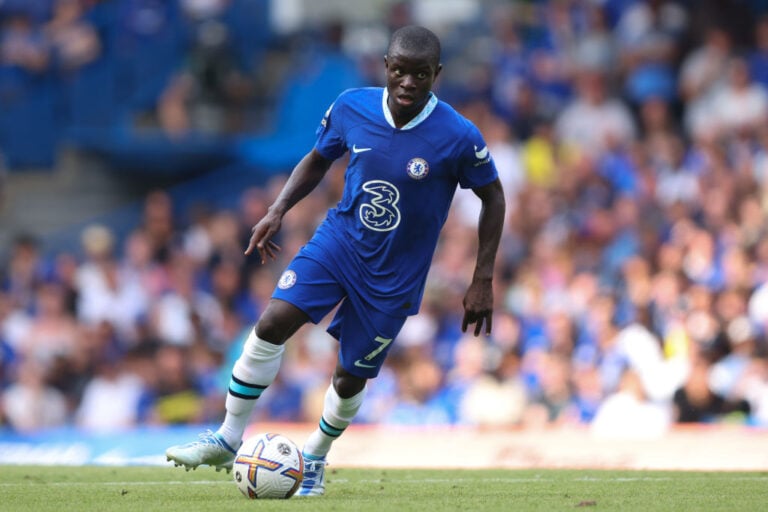 A pair of Serie A clubs may find themselves battling one another in a race to sign Chelsea star N’Golo Kante.

According to Italian paper La Repubblica, both Juventus and Inter Milan have both expressed interest in signing the midfielder. The two Serie A sides have long admired N’Golo Kante, with Inter linked to the Frenchman as far back as 2020.

Per Yahoo Sports, the Italian giants may explore a potential transfer during the January window. If this is the case, the 31-year-old could cost as little as £18 million.

Alternatively, Juventus and Inter could hold out and wait until June 2023, when Kante becomes a free agent. Calciomercato has suggested that Juventus are considering this option. However, with interest from other clubs, the Old Lady may have to fork out in January to secure their target.

But Kante himself may choose to run out the rest of his Chelsea contract until the summer, per reports.

Last month, Fabrizio Romano said that it is a “serious, serious possibility” that Kante leaves Chelsea for free in 2023. The transfer specialist also stated that speculation regarding moves from Arsenal and Barcelona for the Frenchman was wide of the mark.

So, that could mean less competition for Juve and Inter.

The former PFA player of the year has had a difficult season thus far. Kante suffered a hamstring injury during Chelsea’s 2-2 draw with Spurs in August, which resulted in him requiring surgery.

As a result of the surgery, Kante will be out for up to four months. Unfortunately, this means that he will miss the World Cup too.

The Chelsea midfielder has only made two appearances for the club in 2022/23 thanks to his injury. His hamstring issue follows a long line of other problems that caused Kante to miss 16 matches during in 2021/22.

Before this, though, N’Golo Kante was an essential piece to an all-conquering Chelsea side.

Joining from Leicester in the summer of 2016, Kante immediately proved vital to Antonio Conte’s Chelsea. He helped the Blues win the 2016/17 Premier League title – earning the PFA player of the year award for his efforts.

Kante’s first season in London was a sign of things to come, as he helped Chelsea win plenty of silverware.

He picked up an FA Cup and a Europa League winner’s medal in the seasons that followed his transfer. Additionally, on the international stage, Kante played a key role in France’s 2018 World Cup triumph.

However, Kante’s arguably most impressive performance came for Chelsea in the 2020/21 Champions League campaign. Throughout the tournament, Kante was incredible, earning man of the match honours on four occasions during the UCL knockout stages.

This included the man of the match award in the Champions League final, in which Chelsea won 1-0 over Man City.

Unfortunately, since that unbelievable 2020/21 season, the Frenchman has struggled with fitness.

Maybe a fresh start in Serie A will prove a catalyst for N’Golo Kante to return to his best.