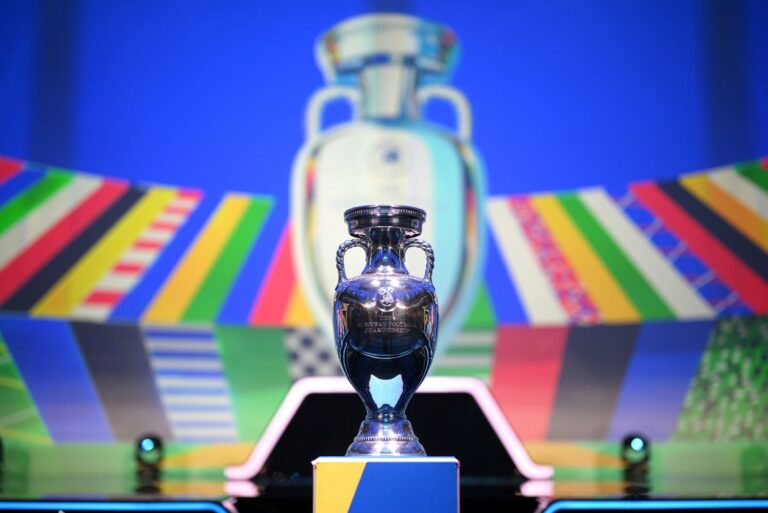 As part of the UK and Ireland’s UEFA Euros 2028 bid, the five nations have submitted a list of 14 shortlisted venues to hold games, including Cardiff’s Principality Stadium and Ireland’s Croke Park.

The 14 shortlisted venues currently include a selection of stadiums across England, Wales, Scotland, Northern Ireland and Ireland.

What stadiums could host the Euros 2028?

As of the time of writing, these are Villa Park, Everton Stadium and London Stadium. Tottenham Hotspur Stadium, Etihad Stadium, Old Trafford and St James’ Park also make the list.

However, this list will reduce by four come April 2023. The final bit will include 10 venues across the UK and Ireland.

The UEFA’s executive committee won’t decide on hosts until September 2023. This is despite the April 2023 deadline for the UK and Ireland.

Are the UK and Ireland confident with their tournament bid?

The UK and Ireland reportedly believe that UEFA will approve their bid. According to The Guardian, this is mainly because the only other country in the running to host the Women’s Euros 2028 in Turkey.

A joint statement from the five UK nations and Ireland reads, “The UK and Ireland’s track record of hosting successful major sporting events over many decades means we have the expertise and experience to take this world-class tournament to new heights.”

Previously, Russia had also revealed its intention to host the women’s football tournament. However, UEFA has since banned the country from football. This is due to Russia’s invasion of Ukraine.

Women’s Euros 2022 was just the beginning

The UK and Ireland will be hoping that the Euros 2028 will follow in the success of this year’s women’s tournament.

Of course, England’s Lionesses were crowned European champions at the end of the 2022 tournament. This followed their 2-1 victory over Germany on July 31st, with goals coming from Ella Toone and Chloe Kelly.

The World Cup begins before the Women’s Euros 2028

The Men’s World Cup takes place in Qatar from November 20th. However, the women’s tournament will not be taking place until next summer. Hosts for the latter include Australia and New Zealand.

The group stages of the Women’s World Cup have already been sorted. The ceremony took place in Auckland, New Zealand and saw England being drawn into a group with Denmark and The People’s Republic of China. The three will then be joined by whoever wins the Group B playoffs next year.

Let’s hope that the UEFA Euros 2028 bid is successful!

Sarina Wiegman says she is “disappointed” with final Lionesses match, despite undefeated 2022