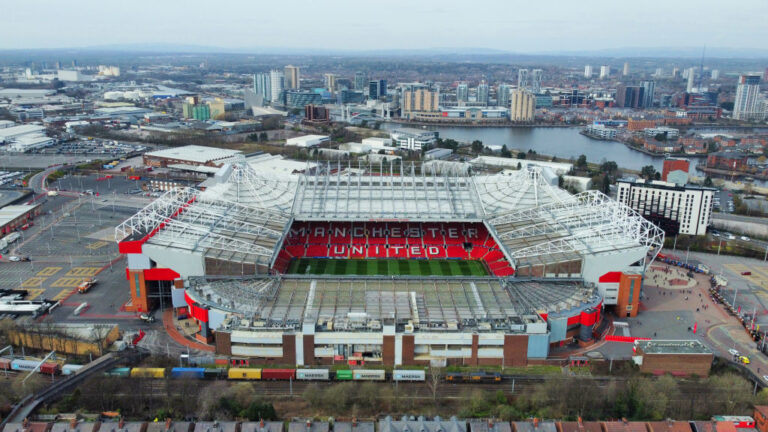 The Theatre of Dreams is undeniably one of the most iconic stadiums on the planet. Since 1910, the ground has been home to some of the greatest moments in United history. Who could forget them lifting the Premier League after their amazing season in 2008-09 or Michael Owen bagging a late goal to win the Manchester derby?

74,000 fans pack out the stands every week to cheer on their beloved team. But it’s not just the locals who enjoy a trip to Old Trafford. Supporters from around the globe fly thousands of miles to see the famous stadium in person. But as popular as the ground is, there’s no denying that it’s in desperate need of a revamp.

Could Man United move on from Old Trafford?

After 112 years, United’s home has begun to rot, supporters have complained about the leaking roof, and some have even spotted mice on the pitch. Many have alleged that the Glazers have left the stadium in complete disarray. After years of complaints, the American businesspeople will finally make a change.

They’re debating extending the South Stand but haven’t entirely ruled out bulldozing the stadium down and rebuilding from scratch.

The Daily Mail’s sources have claimed that the club has a: “focus on modernisation and potential expansion’ while aiming to ‘preserve the identity and heritage of Old Trafford.”

However, fans needn’t worry, as the future of their ground is in good hands.

A club statement read: “Manchester United has appointed a team of leading consultants to begin work on creating a master plan for the redevelopment of Old Trafford. The team will be led by Legends International and Populous, both of which have a wealth of stadium development experience from across the globe.

“Work will begin immediately on developing options for Old Trafford and studying their feasibility, with the aim of significantly enhancing the fan experience. Fans will be at the heart of the process, starting with a meeting between the consultants and the Manchester United fans’ advisory board later this month.”

The architects involved with the project were famously behind the construction of The Tottenham Hotspur Stadium. The beautiful ground is undoubtedly one of the most striking in football.

The North London club’s stadium created a new standard in global design and offered fans a drastically enhanced matchday experience. The state-of-the-art design caters to the sport taking place on the pitch and the comforts it offers fans, ranging from culinary delights to heated seats in the stands.