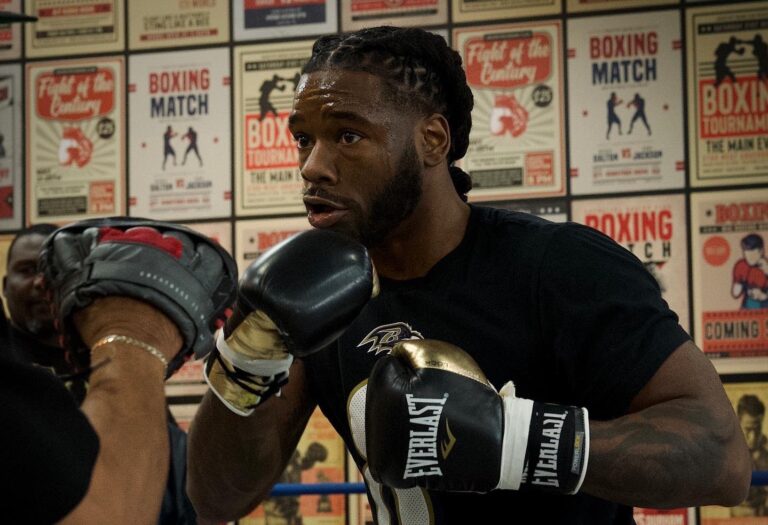 On Saturday night, Hasim Rahman Jr collides with Greg Hardy in an intriguing heavyweight collision, and we’ve got all the details, including the UK start time.

After two lacklustre headline attractions, Misfits Boxing have upped the stakes with the highest-level fight they’ve put on yet. While neither man in the main event looks likely to win a world title, they both know how to use their fists, and carry the power to end the bout in an instant.

After his contest with Jake Paul collapsed due to weight issues, Rahman Jr looked out in the cold. But luckily for his sake, KSI saved him from the abyss and gave him an opportunity against Vitor Belfort. However, with less than a week until the contest, the former UFC Champion tested positive for Covid-19.

Consequently, Greg Hardy has stepped in to ensure the show goes on. And while the former NFL star might not have the skill on his side, he certainly has the size. The 34-year-old weighs an astonishing 320-pounds, which, if implemented correctly, could give his opponent all kinds of trouble.

Therefore, Rahman Jr will need to utilise every ounce of his technical skill to avoid the bombs flying in his direction. So with that said, this is an event fans can’t afford to miss, and to make sure you can catch all the action, we’ve compiled everything you need to know.

As is often the case, Brtish fight enthusiasts will have to set their alarms for the early hours of Sunday morning. The card, which goes down at the Moody Centre in Austin, Texas, is expected to commence at 1 AM, with the two main event fighters scheduled to walk to the ring at 4 AM, before the first bell rings at 4:15 AM.

How to watch Hasim Rahman Jr vs Greg Hardy

The entire bill is available exclusively on DAZN. The event is not a PPV attraction, but new subscribers will have to pay a monthly fee of £7.99. Fans can stream the boxing via their phones, laptops and PlayStations.

While most are excited for the big boys, KSI has put together a card featuring some of ‘crossover boxing’s’ most prominent names, in the hope that this will be a night to remember.

Deen The Great vs Walid Sharks