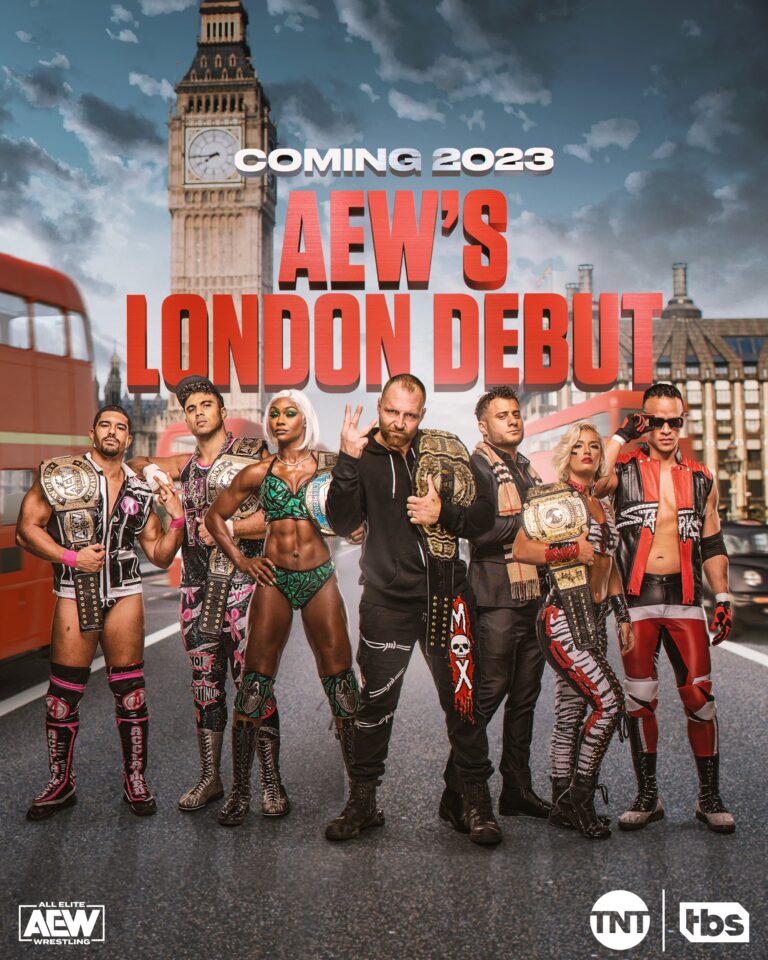 After years of waiting, UK fans will finally get to attend an AEW show in person. However, we still have much to learn about the eagerly anticipated event.

On November 16, during an episode of Dynamite, the world’s second-biggest wrestling promotion confirmed its maiden voyage to the English capital. But while the news has excited AEW enthusiasts across the county, they’ll still have to wait to find out the exact date that the long-awaited show will be taking place.

On top of announcing the London bill, AEW confirmed its first events in Phoenix, Arizona and San Francisco. Tony Khan has long looked to increase the company’s global popularity, and it appears he’s finally jumped into the deep end.

In October, AEW held its debut show outside of the USA, with a showstopping event in Toronto, Ontario, Canada. And it looks like the chairman is set to announce a global tour. However, fans based outside of London are somewhat concerned about their chances of securing a seat.

AEW’s flagship show is growing in popularity at a rapid rate on ITV4, consistently breaking its viewership record. Two weeks ago, Dynamite generated 199,000 viewers compared to the previous record of 190,000. Therefore, wrestling heads hope that the company announces dates up and down the country.

AEW have always wanted to come to the UK

Back in 2020, Khan had intended to host Fyter Fest on these very shores. However, due to the Covid-19 pandemic, he had to scrap the idea.

In an interview with Inside The Ropes in February, the businessman confirmed that his dream is to stage an event at Fulham FC’s Craven Cottage.