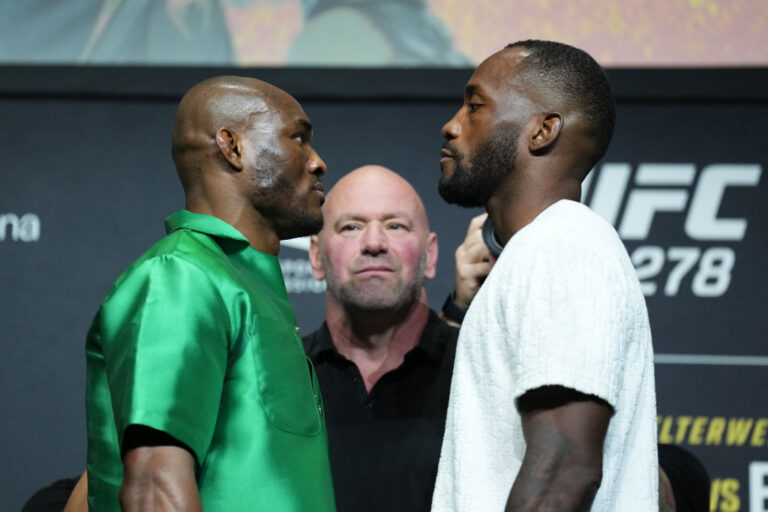 After years of waiting, the UK may finally get a UFC stadium show, with Leon Edwards keen to bring his trilogy with Kamaru Usman to the home of his beloved Aston Villa.

On August 20 at UFC 278, the Brit pulled off one of the great comebacks of all time. After four torrid rounds, a bruised and battered Edwards looked out of ideas against his seemingly superior opponent. But following a ‘Rocky-esque’ speech from his trainer, he entered the fifth and final round with a fire in his belly. And in a testament to his powers of self belief, he pulled off the impossible.

The 31-year-old faked a right hand before coming upstairs with a thunderous high kick which sent his opponent crashing to the ground. Usman lay unconscious, someway, somehow, Edwards had snatched victory from the jaws of defeat.

The new champion celebrated, and the crowd erupted into thunderous applause. But while the fantastic shot has forever embedded the underdog’s name into the history books, the clamours to see the rematch are very much alive.

Due to the nature of the contest, many feel that the former King of the 170 Pound division would have more than enough to reclaim his title. However, if he wants a shot at the strap, he’ll have to do it on the new champ’s terms.

Following his crowning moment, the Birmingham fighter has made appearances at major events up and down the country. Most recently, he appeared on Soccer Aid and revealed where he’d like the bout to take place.

Edwards admitted: “For me, it would be Villa Park, but if not, any stadium would do in the UK. Bring it back to the UK. I am looking forward to it.”

While Michael Bisping had the opportunity to defend his world title in Manchester, he never got the chance to headline Old Trafford. Therefore, the prospect of Edwards headlining a card at Villa Park is positively salivating.

He continued: “I’m serious but joking about Wembley.

“Anything is possible in England now. It would be fun, but scary at the same time. The weather isn’t the greatest over there in England.”

Read: Alexander Volkanovski official back up for UFC 280: Oliveira vs Makhachev (sporf.com)