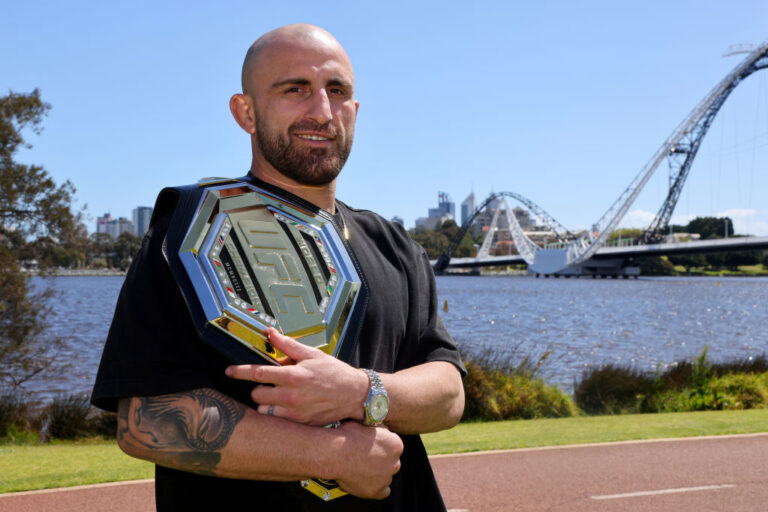 In a huge twist, Alexander Volkanovski will fly to Abu Dhabi to potentially replace Charles Oliveira or Islam Makhachev at UFC 280.

On July 2, the Featherweight Champion finally put an end to his rivalry with Max Holloway via a statement performance. The Australian showcased an exquisite cage IQ and beautiful shot selection en route to a comfortable unanimous decision victory. Furthermore, he looks capable of soldyfying himself as the best 145-pounder of all time. But after clearing out the division, ‘Alexander the Great’ wants new challenges.

On Monday, he confirmed that his doctor has cleared him to return from a hand injury. And it doesn’t look like he’s wasting any time in hunting down his next opponent.

On October 20, the two greatest lightweights on the planet go to war in one of the most anticipated fights of the year. After being stripped of his title, Oliveira wants to reclaim what he believes is rightfully his. However, the man in the opposite corner presents an extremely interesting challenge.

Since his only loss in 2015, Makhachev has dismantled absolutely everyone in his path. Under the tutelage of MMA legend, Khabib Nurmagemedov, the Russian looks like the only man in the division capable of beating Oliveira. But should any issues occur on fight week, Volkanovski will step up to the plate.

Could Alexander Volkanovski compete with Charles Oliveira and Islam Makhachev?

On October 10, the pound-for-pound great claimed: “We’re locked in as the backup fighter. I’ve been calling for it, I said I wanted it. I just had to make sure the hand was all good. We’re all good, got the clearance to fight.

“The UFC’s on board, everyone’s on board so I’ll be at UFC 280 to make weight and looking forward to it.”

While significantly smaller than the UFC 280 headliners, the Aussie still possesses the tools to cause either man problems. His striking skill stands head and shoulders above both men, and while he may not have the ground game to compete with the two juggernauts, he’ll believe he’s capable of utilising his wrestling ability to keep the fight on the feet.

Consequently, no matter what happens next week, fans will have a fantastic main event to enjoy.