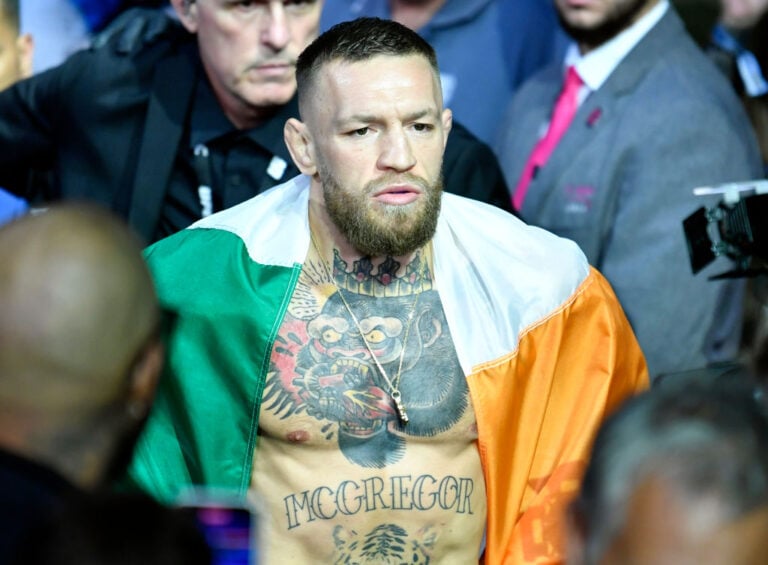 In a recent Q and A session on social media, Conor McGregor revealed which of his legendary opponents was the toughest he ever shared the cage with.

Throughout his career, ‘The Notorious’ went toe-to-toe with some of the greatest fighters of all time. In his initial ascent towards the title, the Irishman had an almost mystical aura. He captivated millions with his trash-talking ability and mesmerised purists with his array of breathtaking kicks and shotgun left hand.

En route to the featherweight strap, he defeated a murders row of contenders, including Max Holloway and Chad Mendes before rending Jose Aldo unconscious to propel his name into superstardom.

However, he wasn’t done yet. The MMA icon stepped up a weight class and dismanted Eddie Alvarez to become a two-weight champion. Subseqeuntly, with his brand at an all-time high, he crossed over to the world of boxing for a dance with Floyd Mayweather. And although the bout didn’t go his way, he received praise for his performance in the early rounds.

From this point, he never quite recaptured his former glory. He lost comprehensively to Khabib Nurmagemedov and found himself on the canvas twice against Dustin Poirier. But he doesn’t view either of these men as the grittiest adversary he’s come up against.

On October 5, the mixed martial artist engaged in an ‘Ask Notorious’ session on Twitter. Consequently, he received a mountain of questions, with one person asking: “Who was your toughest opponent?”

Following his victory over Aldo, the Dubliner collided with cult hero, Nate Diaz, in a fight which gripped the public. And in a remarkable upset, McGregor submitted to a terrifying Rear Naked Choke. The shocking result prompted a rematch at UFC 202, and the second offering didn’t disappoint.

The pair traded blows for five rounds before McGregor won the contest via decision. And while there’s certainly no love lost, the two men clearly share a great deal of mutual respect.