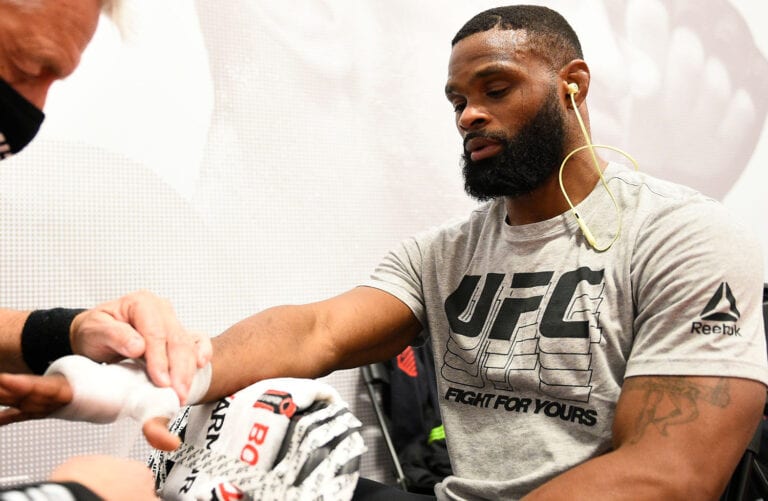 Tyron Woodley has responded to Floyd Mayweather’s offer to train him ahead of his boxing match against Jake Paul.

It was announced earlier this week that Woodley will take on Jake Paul later this summer, in a bout that serves as a real step up for ‘The Problem Child’ in his quest to climb up through the combat sports ranks.

On the flip side, Floyd Mayweather will meet Logan Paul in an exhibition fight this Sunday night in Miami.

When discussing the Woodley/Paul match-up, Mayweather had the following to say.

Woodley and Mayweather vs the Paul brothers

“Well, give me Tyron Woodley. I make sure I get in camp and train him for this fight,” Mayweather said. “I want Tyron Woodley to come to Las Vegas and work with us.”

During his own media commitments, Woodley confirmed that he was more than open to the idea. 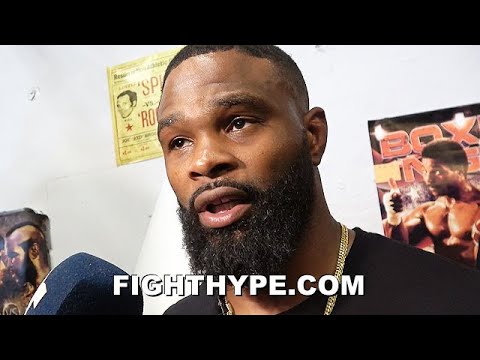 “They just texted me, let’s do it,” Woodley said. “I just talked to him today so for sure, why would I not train with the greatest boxer of all time? He’s already my dog and we’ve been talking about training anyway, so for sure. I’m definitely going to take him up on that.”

While Woodley is by no means the same force he was in his peak UFC days, many feel he could be the one to bring Paul’s bizarre combat journey to a halt.

Jake obviously has his own history with Mayweather after ‘stealing his hat’ during the press conference for Logan vs Floyd – an incident that quite clearly rubbed ‘Money’ the wrong way and sparked hectic scenes.

Whether or not that’s the primary motivation behind Mayweather wanting to get involved here remains to be seen, but it can only really be a good thing for Woodley.

Tyron Woodley and Jake Paul are currently scheduled to meet on August 28 under the Showtime banner, although the date is subject to change.