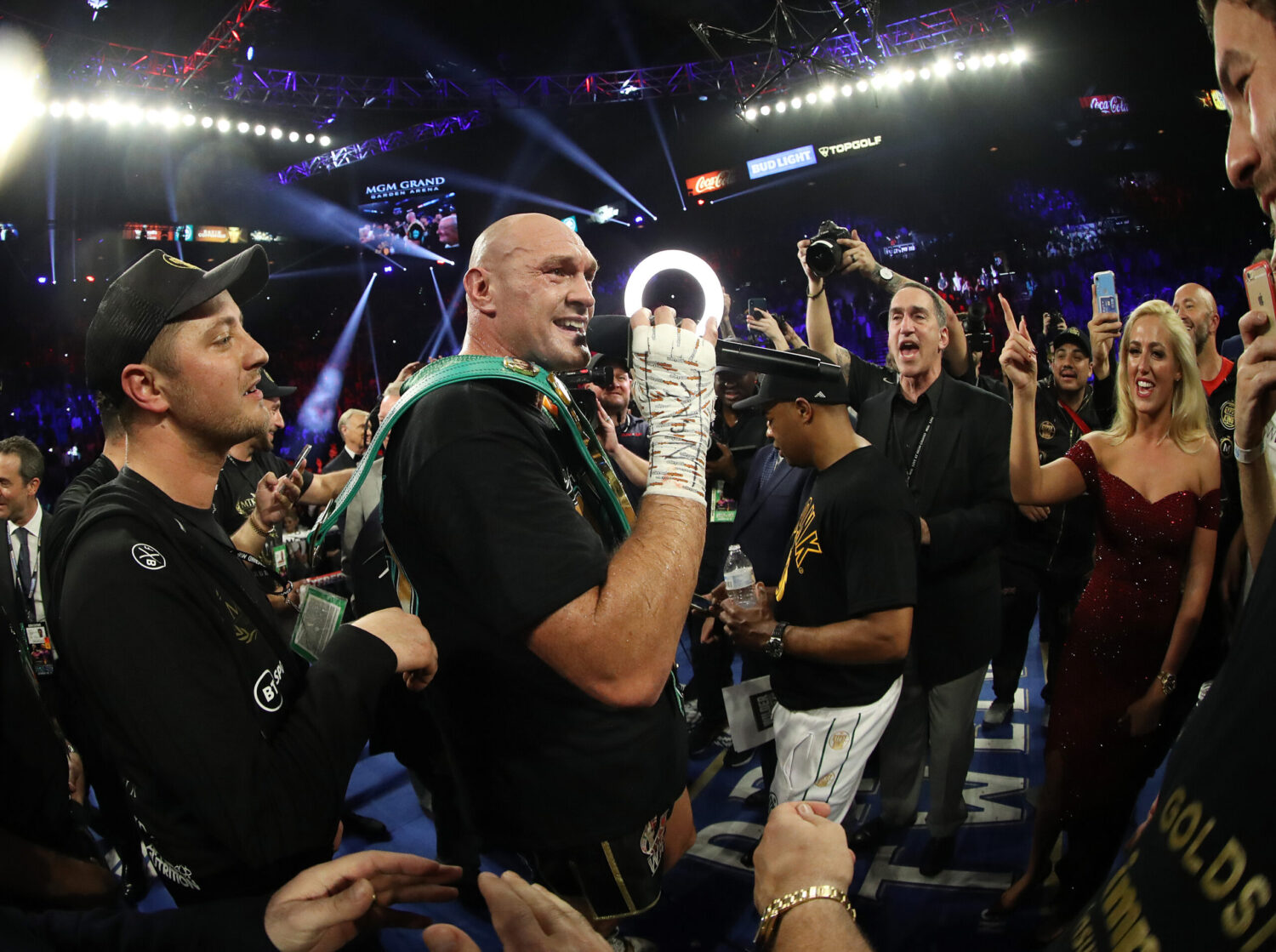 Tyson Fury says he will fight twice this year, even if the bout against Anthony Joshua does not happen.

Discussions have been ongoing over a potential unification matchup between the two Brits, but no official announcement has been made as of yet.

Fury currently holds the WBC, The Ring and lineal heavyweight belts, whilst Joshua is the WBA (Super), IBF, WBO and IBO heavyweight champion.

The 32-year-old says that negotiations are “no further forward today than we were a year ago”, but has stressed that he wants to fight twice regardless of the opponent.

That is after promoter Eddie Hearn claimed back in January that talks were “progressing, going well.”

Speaking to ESPN, he explained: “If that fight [Joshua] doesn’t happen this summer, it’s got to happen sooner or later.

“But Top Rank [boxing promoter] has to give me two fights this year.

“I will fight two times on ESPN. I don’t care who it is.

“If it’s not Joshua, we’re looking to fight in April or early May, and the end of the year.

“If it is Joshua, then June and the end of the year. Bang, bang.”

“I’ve been so inactive” – Fury

Fury is keen to get back into the ring as quickly as possible, having not fought since defeating Deontay Wilder last February.

He was due to face the ‘Bronze Bomber’ again in July, but that date was pushed back to October and later cancelled.

And despite rumours of a December fight in the UK, Fury was ultimately left without an opponent for the remainder of the year.

In reference to his lack of activity, he explained: “It was just a big mess-up. I should have boxed, because I’ve been so inactive.

“By the time I fight again, looking at maybe June if this Joshua fight happens, that will be a year and six months out of the ring, which is not ideal preparation for any superfight.”

Joshua last fought in December, knocking out Kubrat Pulev in the ninth round. That was his first bout for a year.

One future possibility is that Joshua could take on Wilder – although that fight would likely only occur in 2022 if it was to happen.