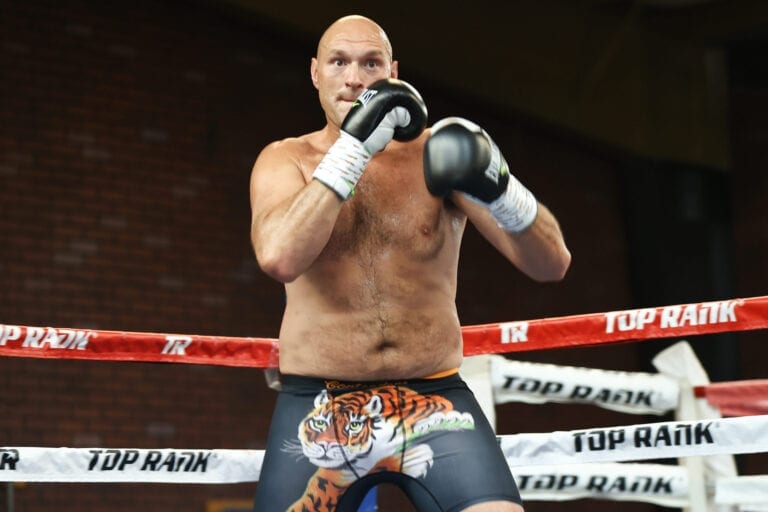 Tyson Fury has laid out a three-fight plan that could feature a surprise debut inside the octagon with the UFC.

It’s no secret that Fury is now widely considered to be one of the biggest stars in all of boxing. He’s taken the sport by storm ever since his return with a huge win over Deontay Wilder last February marking the culmination of a truly extraordinary comeback.

Now, thanks to a ruling by a US court of arbitration, he’ll run it back with Wilder for the third time later this month with many hoping he can win and set up a huge showdown against Anthony Joshua.

During a recent interview with TMZ Sports, Fury laid out a similar-looking plan – but also added quite an intriguing third possibility on the end of it. 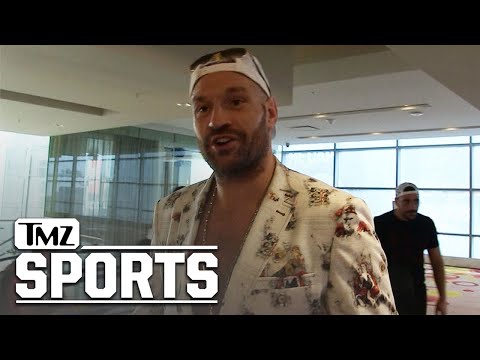 “[Diaz] told me Ngannou can’t do wrestling anyway so we’re just looking for a stand-up bang out,” Fury said.

“Me and Ngannou in the small gloves, make it happen. As soon as I’m done with Wilder and Joshua I will fight Ngannou in an octagon with 4oz gloves.

“He’s not a wrestler anyway, it’s a stand-up fight.”

While it’s bold to think Fury could get in there and cause Francis Ngannou problems, it’s definitely a fight that has been on the mind of many fans as well as Ngannou himself.

“I don’t want to fight Mike Tyson but I would like to fight another heavyweight boxer such as Tyson Fury,” Ngannou said a bit ago, as per The Mirror.

“Absolutely. I’m open to that. Remember boxing was my primary dream and I still have the fire, the dream inside me and I believe at some point, I’m gonna make a step.”

Fury is set to face Wilder in their trilogy bout on July 24 at the T-Mobile Arena in Las Vegas.