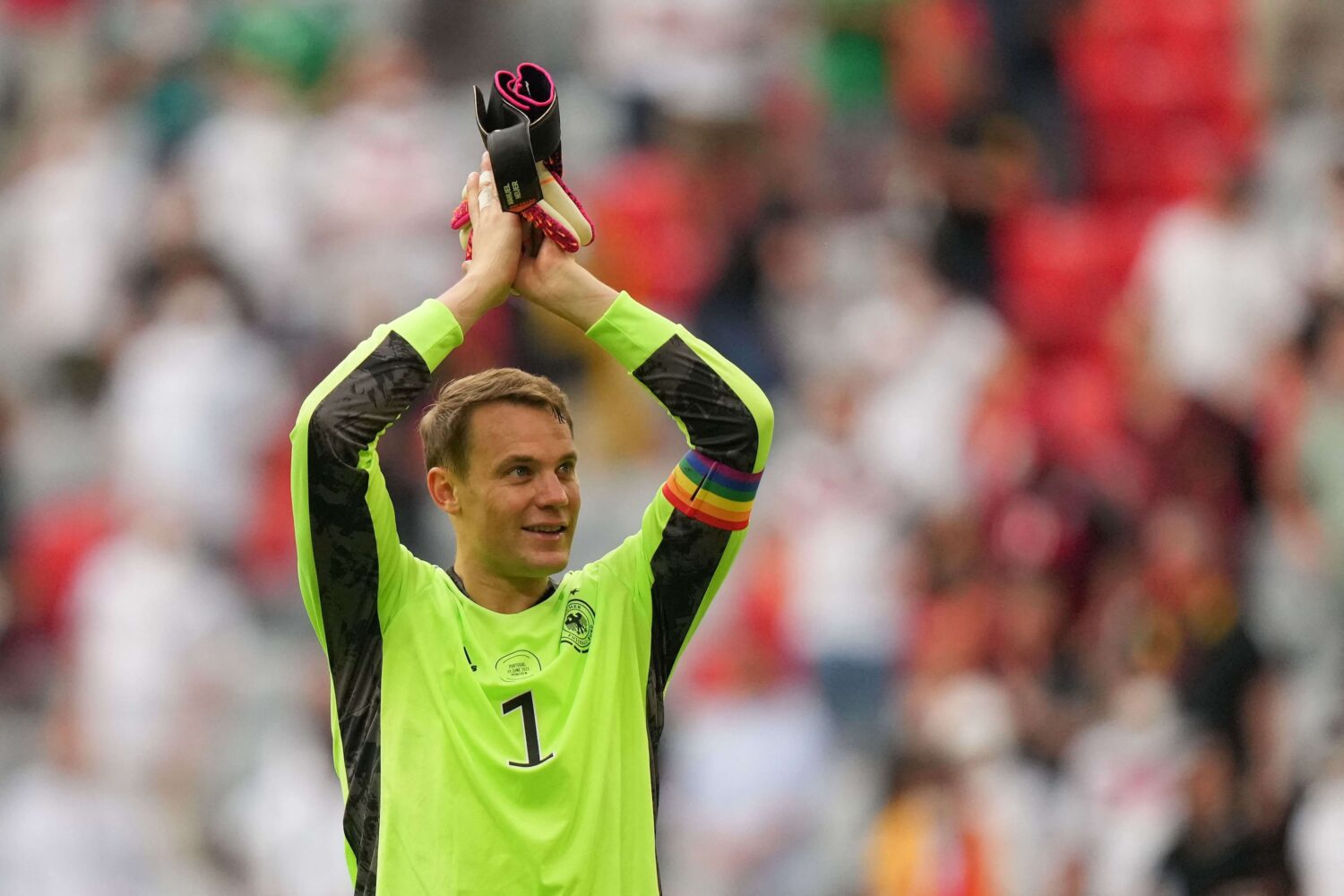 Germany have confirmed that UEFA have stopped a review into a rainbow armband that has been worn by goalkeeper Manuel Neuer throughout Euro 2020.

Neuer has worn the armband in solidarity with the LGBT+ community throughout the month of June, which is Pride Month.

It was revealed yesterday that UEFA were set to investigate the wearing of the armband – news which was followed by heavy criticism.

The German FA could have been hit with a fine, but European football’s governing body have since halted their investigation into the armband as it is “promoting a good cause”.

A UEFA spokesperson told The Athletic: “UEFA looked into the armband worn by the player in question and, considering that it was promoting a good cause, i.e.: diversity, the team will not face disciplinary proceedings.”

Munich Mayor to ask for Allianz Arena to be lit up

Munich Mayor Dieter Reiter has said he will write to UEFA to ask for permission to have the Allianz Arena lit up in the colours of the Pride flag for Wednesday’s Euro 2020 clash between Germany and Hungary.

The Hungarian government this week passed legislation by 157-1 that bans the portrayal or promotion of homosexuality or gender reassignment.

A joint motion passed by the Munich council said: “It is important for the state capital of Munich to set a visible sign of solidarity with the LGBTI community in Hungary, which is suffering from the current stricter homophobic and transphobic legislation of the Hungarian government.”

Homophobic banners were displayed in the stands during the game against Portugal. During the France game, several France players were reportedly subject to racial abuse.

A banner was also carried to the ground which told players to stop taking a knee to protest against racism and inequality.