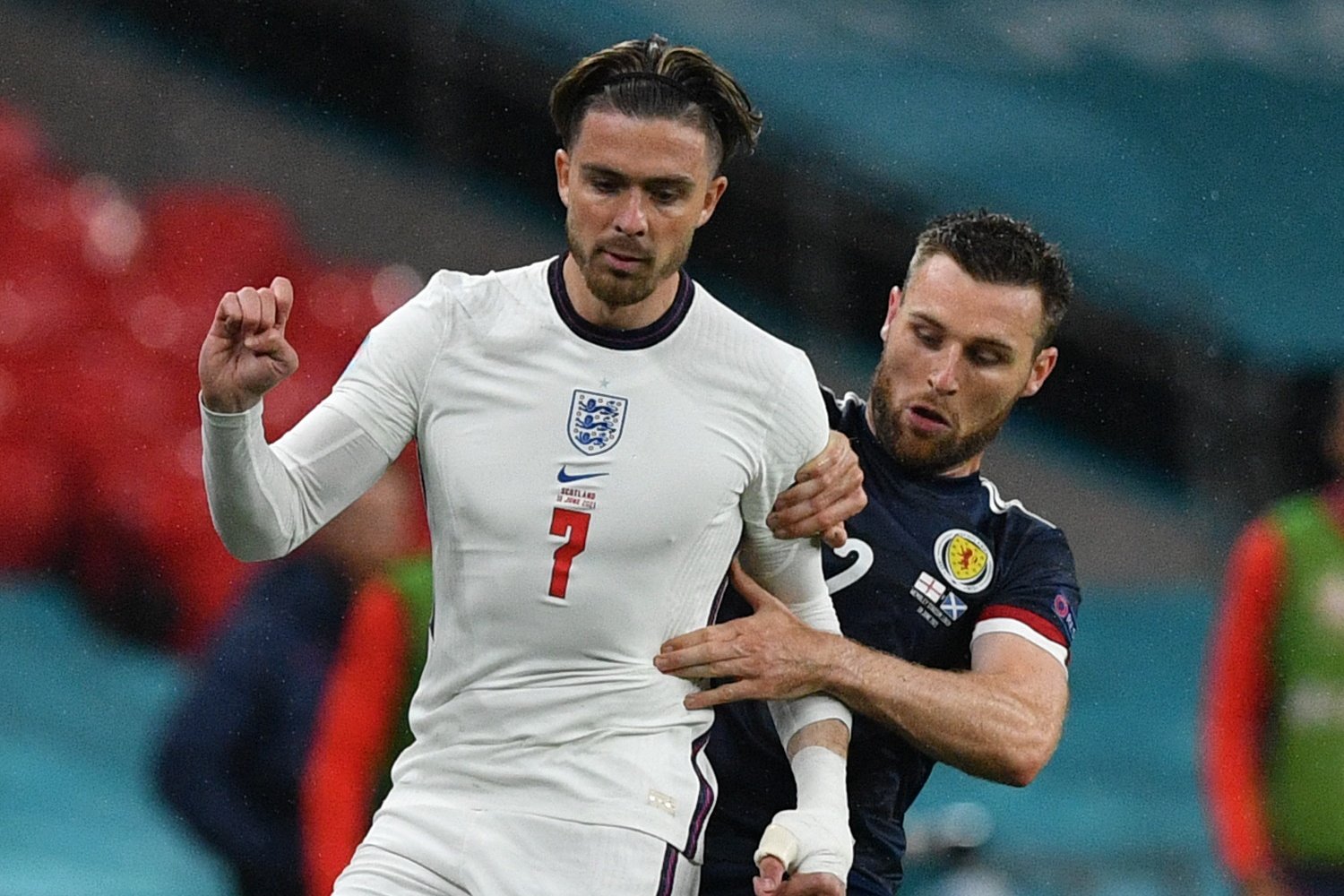 Scotland defender Stephen O’Donnell has spoken about the unique methods he used in order to try and stop Jack Grealish at Wembley.

The Motherwell star played a key role in helping the Scots claim a 0-0 draw against England in their second group stage game last Friday. A big part of that came in the final half hour of the evening when Gareth Southgate decided to finally introduce Jack Grealish into the mix.

“I was telling him how good looking he was”

The Aston Villa man was kept pretty quiet as the game fizzled out towards a goalless draw, and now, O’Donnell has revealed what he did that was so effective in stopping him.

“I was just getting a bit fed up at that stage of the game, he’d just come on, he was nice and fresh,” O’Donnell said.

➡️ Catch up on the full episode here: https://t.co/UllsrqDI2E pic.twitter.com/OlQLksc6ZM

“Normally when fresh wingers come on that’s when you’re a bit tired so I thought ‘I just need to hit him here,’ because I was getting fed up of him trying to take the mick out of me so I gave him a wee hit.

“Thankfully [Scotland midfielder] John McGinn had given me some tips – he said if he comes on you need to be nibbling in his ear but don’t be critical, be complimentary.

“So the full time he was on I was telling him how good looking he was and I loved his calves and asking him how he got his hair to look like that.

“He [McGinn] said if you tell him he’s hopeless or kick him really, really hard, he gets up and gives it back at you. So maybe that was the advantage against Jack Grealish the other night.”