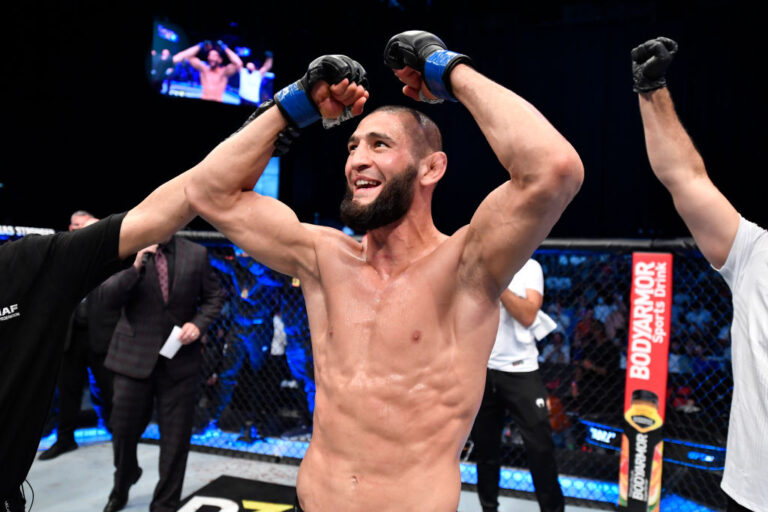 The UFC heads to Jacksonville, Florida this weekend for what promises to be a spectacular night of action. This article will provide the UK start time, cost, and fight card details for UFC 273.

It is a stacked card, with two championship belts are on the line in the featherweight and bantamweight divisions. Meanwhile, fans will be intrigued to see if Khamzat Chimaev can live up to the hype in his return to the octagon. He takes on No. 2 ranked welterweight Gilbert Burns.

Excited? You should be. Now that the UFC have confirmed all the details, here is everything you need to know.

Viewers in the UK can expect a typically late night if they want to watch the action live. Prelims start at 1am on Sunday 10th April, with the main card of UFC 273 having a 3am UK start time.

Read: Joe Rogan has a warning for Conor McGregor about Kamaru Usman call-out.

Don’t want to stay up? No problem. By using BT Sport’s app, you can watch the entire card whenever you are ready to – if you can avoid spoilers online.

The broadcaster exclusively shows the UFC in the United Kingdom, so this event is live on BT Sport 1. As a result, you do need to buy a BT Sport subscription to make sure you don’t miss out. Info on how to get BT Sport can be found here.

With the subscription, you can also use BT Sport’s app. This means that you can watch on all devices connected to the internet, including your smartphone, games console or tablet.

Fans can also catch the prelim bouts by purchasing a UFC fight pass. You can do this via the UFC website.

UFC fans will be hyped to see an awesome card featuring two championship matches. Alexander Volkanovski looks to defend his featherweight belt against No. 4 ranked Chan Sung Jung. The ‘Korean Zombie’ stepped in as a replacement for Max Holloway, who pulled out of his match against Volkanovski through injury.

The other championship duel is in the bantamweight division, with champ Aljamain Sterling taking on interim holder Petr Yan. Fight fans can expect an intense rematch between the pair after their first bout was stopped following Yan’s illegal knee strike on Sterling, with the title changing hands via disqualification for the first time.