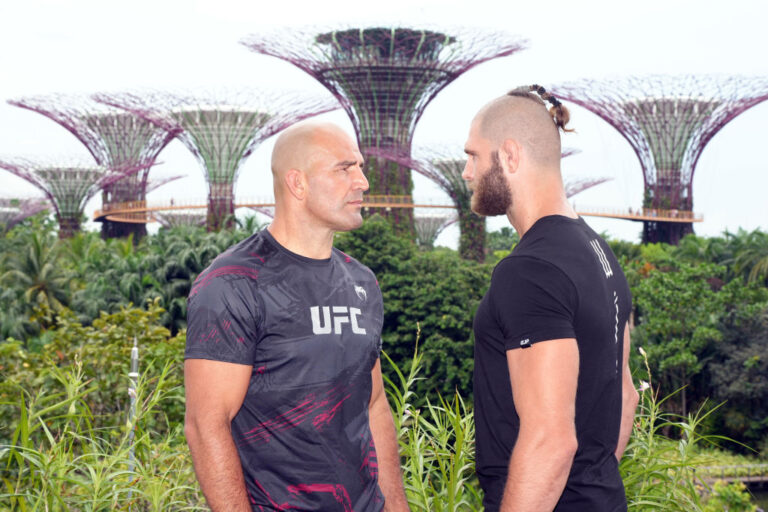 At UFC 275, Glover Teixeira and Jiri Prochazka go toe-to-toe for the UFC Light Heavyweight Championship, and we’ve got all the details you need, including the UK start time.

After completing one of the greatest fairytales of all time by finally claiming gold against Jan Blachowicz, Teixeira will attempt to make the first defence of his belt. But in his way, stands an opponent who’s proven himself as one of the most dynamic strikers in the company.

In May, Prochazka went viral with a stunning spinning elbow to render number one contender Dominick Reyes unconscious. His breakout performance left fans clamouring to see him fight for the belt, and at the Singapore Indoor Stadium, he’ll finally get his shot at the grandest prize in the sport.

So to make sure you don’t miss any of the action, we’ve compiled all the details below.

At this point, you can’t write off the champion. After a loss against Corey Anderson in 2018, the world said he was done—but how wrong they were. He went on went on a six-fight win streak against a murderers’ row of elite fighters culminating in his ultimate title-clinching victory. But fans remain ominous as to whether he can overcome his newest rival.

However, to watch the event unfold, they’ll have to set their alarms for the early hours of Sunday morning. The prelims begin at 1am UK time, before the main card kicks off at 3am.

Unlike in the United States, fans don’t have to purchase the bout via PPV. The fight goes down on BT Sport which is available via subscription. They can get a monthly subscription for £16, or a one-off monthly pass for £25.

Although the public can’t wait for the main event, there are a plethora of other contests for them to get their teeth sunk into.

* – This card is subject to change. Matches may be added or removed before the event gets underway.