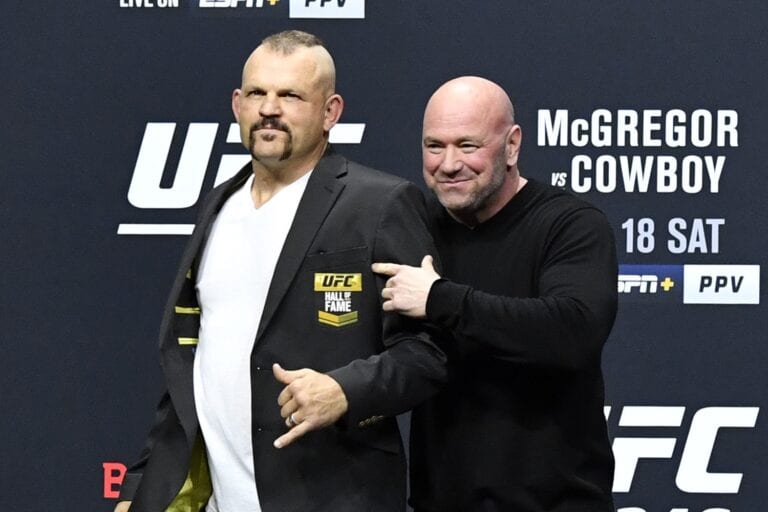 UFC Hall of Famer Chuck Liddell has offered to fight Jake Paul in a boxing match.

Liddell, 51, is widely considered to be one of the first major breakout stars in the UFC courtesy of his brilliant run with the promotion during the noughties. ‘The Ice Man’ beat Randy Couture to win the UFC light heavyweight title before going on to successfully defend the belt four times.

However, Liddell’s tenure in the UFC ended with five defeats in his last six bouts before he retired from mixed martial arts. He came out of retirement for a trilogy fight against Tito Ortiz in 2018, during which he was decisively knocked out in the first round.

In recent years Liddell has made the most of his continued celebrity status outside of the cage, with many fans assuming that he’d never consider competing again after the Ortiz debacle.

However, Jake Paul has him thinking twice about that.

The idea of this even being sanctioned seems like a stretch but once again, it just highlights the kind of reach and appeal that the Paul brothers are enjoying right now.

From MMA to boxing and beyond they’re making a huge name for themselves in combat sports. Sure, it may not last forever, but for the time being they’re receiving callouts from fighters of all generations.

Liddell is way past his prime as a fighter and doesn’t need to do this, and if push came to shove, it likely wouldn’t go through.

The issue people like Dana White have is that somewhere out there, a retired MMA fighter will be interested in following in the footsteps of Ben Askren – if only to receive a handsome payday.