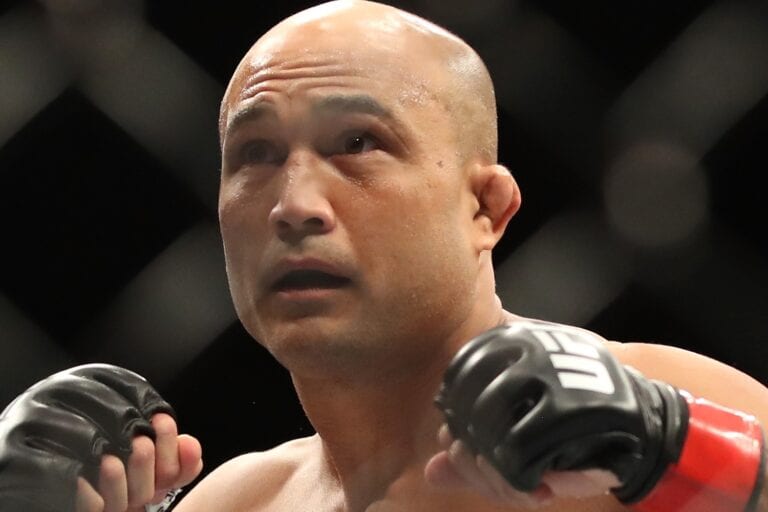 Penn, 42, is one of the most recognisable names associated with MMA. He beat the likes of Matt Hughes, Kenny Florian, Diego Sanchez and more on his way to winning the UFC lightweight and welterweight title.

Unfortunately, across the last decade, Penn has been on a seven-fight losing streak with many wondering whether or not he’ll ever compete again.

According to the man himself, that’s exactly what he wants to do – but he’s willing to transition over to professional boxing in order to do it.

Hey @triller send me a contract and I will happily knock this fucker out in one round ? https://t.co/JSP5lNh9xh

Paul is coming off the back of his quick win over Ben Askren under the Triller banner this past weekend. Since then conversations have been sparked over who he could face next.

If ‘The Prodigy’ has his way, then Penn vs Paul could become a reality sooner rather than later.

It’s been a pretty popular theme amongst MMA fighters to call out Jake Paul in recent months. Now, after his win over Askren, it feels as if the intensity will continue to rise as the weeks and months go on.

Jake has hinted at the possibility of taking some time away from the sport to focus on himself. Alas, if an enticing bout was to fall in his lap, there’s every chance he would jump right back into training camp.

Penn, on the other hand, will want to prove to the world that he still has what it takes to put in a really impressive showing – even if it isn’t inside the octagon.

Everyone has regularly referred to Jake Paul and Triller as a whole as a sideshow. Whether you believe that or not, there’s no denying that there would again be huge numbers associated with this bout.