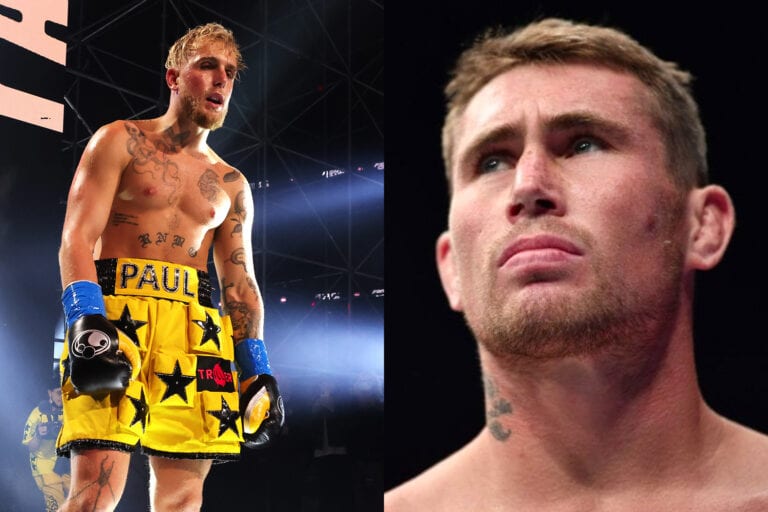 Ever since he made the transition from YouTuber to pro boxer, the outspoken Paul has created something of a divide in the combat world.

That trend is bound to continue in the wake of his impressive win over former UFC fighter Ben Askren this past Saturday night, with the victory taking his record to 3-0.

Many names have been thrown out there as possible future opponents but for the time being, Jake seemingly wants to bask in the glory of what he’s accomplished up to this point.

One man who knows how to get people wound up is none other than the aforementioned Till. As you can probably tell by the following tweets, he’s actually a fan of Paul’s work.

The UFC star criticised his fellow fights for “getting so hurt” about what Paul was doing, branding them “sensitive little souls.”

Am I the only one not getting offended by all this Jake paul trash talk out of him & his team?
All these MMA fighters getting so hurt by what he’s doing,
Hahahahaha sensitive little souls.
I can see past all the bullshit.
It’s all talk, just relax all u.
How can u all be so

As for Till himself, a shot at Israel Adesanya could materialise in the not so distant future.

He may have lost in his latest outing against Robert Whittaker, but a rescheduled showdown with Marvin Vettori is expected sooner rather than later.

Either way, Paul’s approach is clearly making an impact – following his win, UFC icon B.J. Penn offered himself as a potential next opponent.