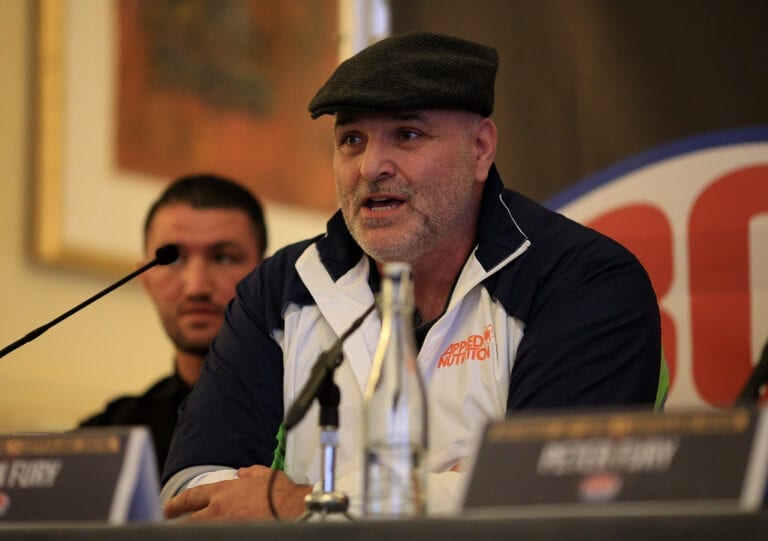 John Fury has predicted American fighter Jared Anderson will be the “next big thing” in boxing after his son Tyson retires.

Fury was talking to Sky Sports about his son’s upcoming fight with Anthony Joshua.

Eddie Hearn confirmed last week to Behind the Gloves that both fighters had approved a site deal for the bout – which hopefully means that an official announcement won’t be too far away.

A wide range of figures in the boxing world have been asked for their opinions on the winner of the fight in recent weeks.

Fury believes that no-one in the heavyweight division can defeat his son.

“Not unless Muhammad Ali, Marvin Hagler, Ernie Shavers, ‘Sugar Ray’ Leonard, Tommy Hearns, Pipino Cuevas, Roberto Duran and Floyd Mayweather all rolled into one. They aren’t going to beat him.

“You can see the crop of heavyweights – they are all good, they’re all good viewing, but they’re not in Tyson’s class.

“Tyson is out there on his own at the minute.”

Following those comments, Fury did give the name of Anderson as a potential successor when Tyson does retire from fighting.

“I do believe he can be the next big thing when Tyson is gone. But the kid only 21-years-old. He’s got a bit to do yet.

“He’s the only one that stands out for me. All these other guys? They are all on the same par.”

After Anderson’s technical knockout victory over Kingsley Ibeh back in February, Arum said he believed that the 21-year-old could be a future heavyweight champion.

Anderson has had nine professional fights so far in his short career, recording nine wins and nine knockouts.