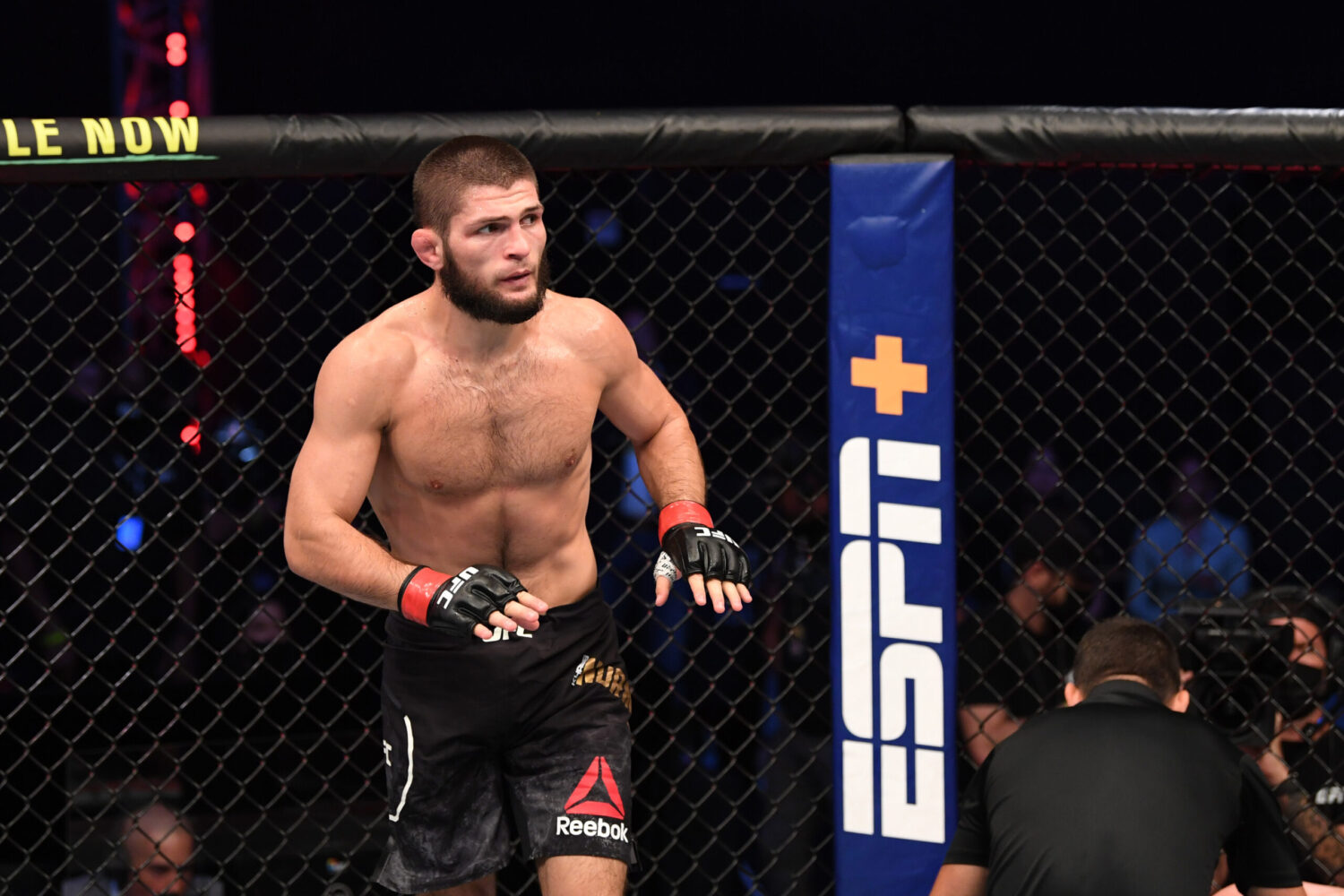 Since announcing his retirement from the UFC, we’ve seen plenty of clips of Khabib Nurmagomedov enjoying his new hobby, football.

Khabib retired from the world of MMA unbeaten last year following victory over Justin Gaethje, leaving behind a staggering record of 29 unanswered wins.

Since then he’s jokingly suggested that he was ready to become a pro footballer, announcing to his Twitter followers that “I’m free agent, and ready to accept offers.”

Turns out FC Kamaz, who ply their trade in the third tier of Russian football, might be taking that announcement a little more seriously than most of us ever did.

Taking to Instagram, the club offered up a number of reasons why the UFC icon should consider joining their promotion push, inviting him to take part in a three-week training camp in Novorossiysk. (via RT)

In an effort to increase any likelihood of the move happening, the league responded by offering their assistance, sharing an image of validation for Nurmagomedov to play.

“We have prepared for you a certificate for [Khabib],” they replied. “If everything goes well, you just have to insert the date of issue.”

Khabib had hinted at a potential return to the UFC, but that it would take something special from the division to entice him back in. Dana White spoke after the McGregor vs Poirier fight to give an update on that situation, with any comeback sounding less and less likely.

That being the case, could we soon see the fighting great trade the octagon for the football pitch?