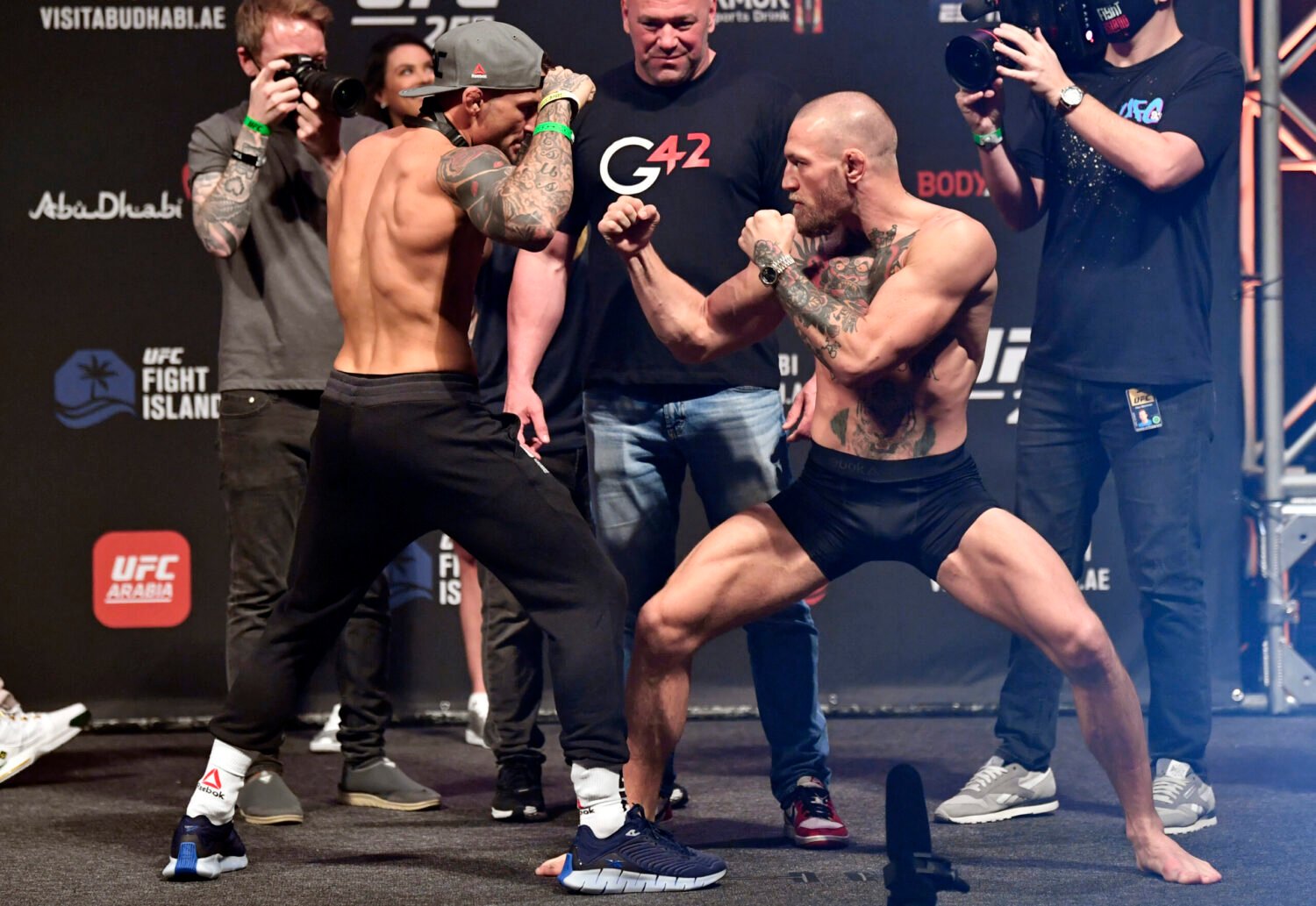 Conor McGregor returns to the Octagon and our screens tonight in his highly anticipated rematch with Dustin Poirier.

The pair last met back in 2014 where McGregor dominated the affair but 7 years later they are doing it all again with higher stakes.

Will it be revenge for the American or will McGregor return to his brilliant best as they look to dominate the Lightweight Division?

That isn’t the only Lightweight bout scheduled. Michael Chandler makes his UFC debut against the dangerous Dan Hooker.

Dana White has plenty of mouthwatering fights in store for us this evening, so here is the ultimate guide to all of the fights. Get you coffee and energy drinks at the ready because it is going to be a long night.

The action starts at 12am GMT with the early prelims. Nik Lenyz and Movsar Evloev open the card in the Catchweight Division. The Russian Evloev coming into the fight with a flawless record looking to continue his perfect start against Lenyz in what is set to be his toughest test yet.

Amir Albazi takes on Zhalgas Zhumagulov in a Flyweight affair before we head into the main prelims. ‘The Prince’ Albazi will be looking to grab a win to continue climbing up the rankings.

The Prelims have some brilliant bouts in store for us with Khalil Rountree Jr and Marcin Prachino taking to the Octagon first. An explosive bout taking place in the Light Heavyweight division, where any punch could be a game changer.

7th ranked Bantamweight Julianna Pena takes centre stage fighting 9th ranked Sara Mcmann. Both will be looking for a decisive victory to stake their claim to move up the rankings.

We enter the Middleweight division for the next bout as Brad Tavares taking on Antonio Carlos Junior. Both will be looking to avoid a blemish on their record as they look to start 2021 with a bang.

The final Prelim pens Arman Tsarukyan up against the ‘Steamrolla’ Matt Frevola. Both posing very good records in the LIghtweight division, they will be looking to catch the eye of Dana White to set up a mega money bout later in 2021.

Grab yourself a coffee at this point as the main event is just hours away.

First up, we see a Strawweight bout which could light up the main card. 8th ranked Marina Rodriguez takes on 10th ranked Amanda Ribas which is set to be a cagey contest between the pair.

Moving on to the Middleweight Division, Andrew Sanchez and Makhmud Muradov square up to try and continue their impressive records.

As we edge closer to the main event of the evening, we step into the Women’s Flyweight division with 6th ranked Jessica Eye taking on Scotland’s Joanne Calderwood, who is ranked in 7th.

Finally, we move on to the co-main event as Michael Chandler makes his much anticipated UFC debut against Dan Hooker. Set to be a fiery affair in the Lightweight division, the pair will be looking to one day face either of McGregor or Poirier in the near future.

And now, the moment we have all been waiting for. The main event between The ‘Notorious’ Conor McGregor and Dustin ‘The Diamond’ Poirier.

The pair are expected to do their ring walks at 5am so it’s going to be a late one.

Much has already been made about the second meeting of the pair but this time no stone will be left unturned. Both have been very respectful in the build up but they will be looking to leave everything in the Octagon as they look to get their 2021 off to a perfect start.

Will it be repeat for McGregor or revenge for Poirier, only time will tell as the world watches on!

BT Sport Box Office will show UFC 257: Poirier vs. McGregor 2 exclusively live from 3am on Saturday 23rd January and is available to buy at www.bt.com/sportboxoffice.