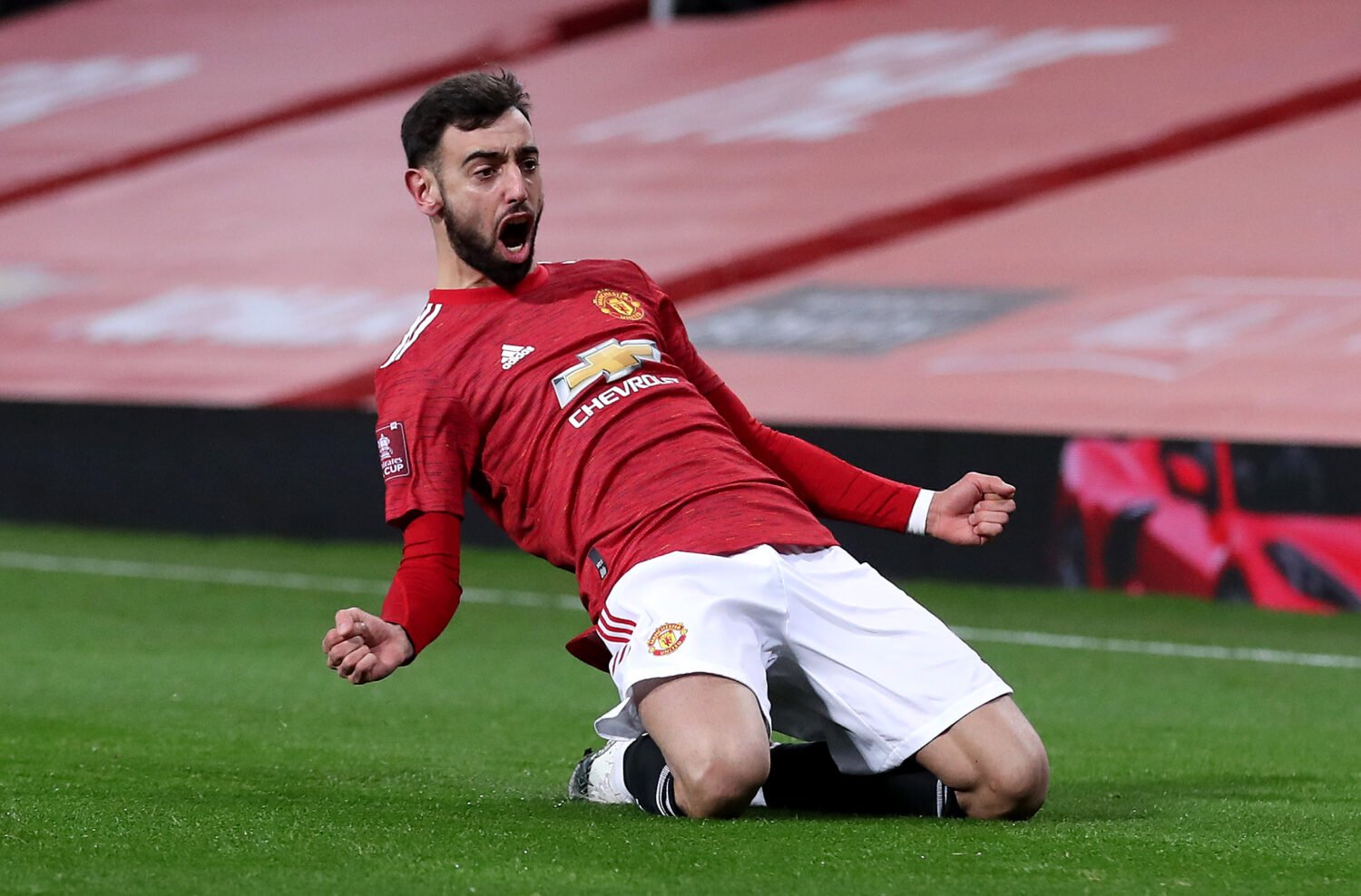 Manchester United continued their strong run last night, edging out Liverpool in an FA Cup classic to progress to the fifth round.

This time the game thankfully delivered on the goal-fest that many predicted when the two sides met in the league last week.

Despite being left on the bench, Bruno Fernandes was still able to steal the headlines, coming on to win the game for United through a brilliant free kick.

After the game, Ole Gunnar Solskjaer summarised the elite mentality of Fernandes, an attitude that has been integral to his stunning first year at Old Trafford, and something many United fans would tell you has been missing from the club for some time.

“Great goal, good free kick. When you leave him out like I did today, he stayed about 45 minutes after training yesterday shooting free kicks.

“So, I was pretty confident he could score one if he got the chance. He’s never happy with me when I tell him to go inside after training when he’s playing the next day so he got some practice yesterday.”

Fernandes also spoke to the media following the victory, saying that he often stays behind to watch and learn from Juan Mata in dead ball situations.

? A word from the match-winner: @B_Fernandes8 ?

The midfielder’s free kick added to this astonishing run of numbers that has seen him involved in 45 goals since last year. With 28 goals and 17 assists, no Premier League player has been involved more than the Portuguese talisman.

United’s win sets up a date with the in-form West Ham and a reunion with former manager David Moyes in two week’s time. Before that they face Sheffield United, Arsenal, Southampton and Everton in the Premier League, all must-win games given Manchester City’s revitalised form.

City have won five on the bounce in the league and sit just two points behind their Manchester neighbours with a game in hand. However with West Brom, Sheffield and Burnley up next, it’s hard to see that run not continuing.