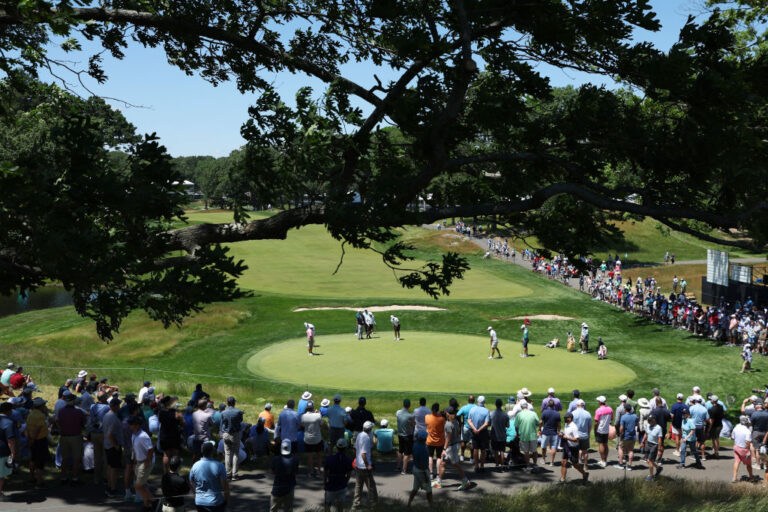 Here’s your one-stop guide to the 2022 US Open, from tee times to prize money, and everything in between.

The 2022 US Open is being held with the backdrop of the fallout from the LIV Golf Invitational. The Saudi-backed breakaway competitions began last weekend in London.

Despite this, the US Open remains a highly anticipated event. Founded in 1895, the US Open is the third of four Major championships in golf.

In addition, it is a key date in the calendars of both the PGA Tour and the European Tour.

The US Open 2022 begins on Thursday, June 16, at The Country Club in Brookline, Massachusetts. It will last four days and conclude on Sunday, June 19.

Jon Rahm will be defending his US Open title this week, and gets his defence under way in one of the first tee times, at 12:18pm BST on Thursday.

Winner of the 2022 Masters and world number one, Scottie Scheffler begins his US Open at 6:25pm.

Rory McIlroy is a favourite coming into this weekend. The Northern Irishman won last weekend in Canada and tees off on Thursday at 12:40pm.

Meanwhile, LIV Golf ‘rebel’ Phil Mickelson will tee off at Brookline at 6:47pm.

The tee times for the rest of the current world top 10 are as follows:

All times are BST.

The official purse for the US Open last year was $12,500,000. Although the official amount for this year has not been confirmed, it is expected to be even higher than that figure, and represent the highest purse of the year on tour.

The purses for both The Masters and the PGA Championship increased this year. Both purses totalled a whopping $15,000,000.

The winner takes it all- or a massive chunk at least

Jon Rahm received $2,250,000 for his success last year. But given that the overall purse is increasing, the winner of the 2022 US Open can expect to earn more than that value.

This year, Scottie Scheffler took home $2,700,000 for winning The Masters. If the US Open purse increases to the same amount as The Masters, we should see a similar value being earned by the winner.

Sky Sports Main Event will also be broadcasting the US Open at sporadic times throughout the competition.

For those who aren’t Sky customers, you can get a Sky Sports pass through NOW TV. A NOW TV Sports membership will cost £33.99 a month, although Sky currently have a special offer on where you can pay £20 a month for two months.

The NOW TV app is available on a variety of devices such as smart TVs, Amazon Fire sticks, Playstations, laptops, tablets and much more.

Alternatively, day passes cost £11.98 and a month-long mobile only membership is the same fee.

If you can’t watch the action live, Sky Sports News is offering live updates and in-round highlights throughout the tournament.