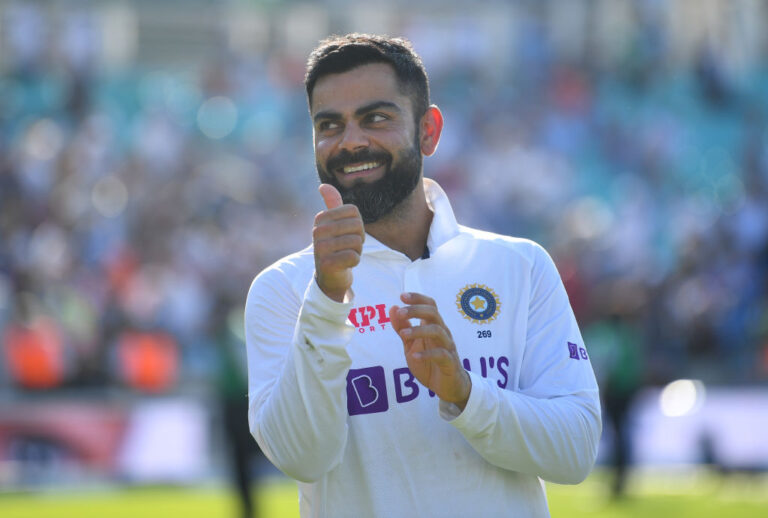 Virat Kohli is one of the finest batters of his generation – and his record against England is equally superb.

The former India captain has an incredible record across all three formats of cricket. He averages over 50 in both ODI and T20 cricket, and has an average of 49.95 at Test level.

An impressive performance against England in the upcoming five days will surely take that number above 50. Kohli’s India side take on England at Edgbaston in a rescheduled fifth Test match of their series, starting Friday.

But what does his record against England look like?

The Test record of Virat Kohli against England

Virat Kohli has played a total of 27 Test matches against England, before Friday’s clash at Edgbaston. These Tests span nine years, with the Indian star’s Test debut against England occurring in 2012.

When facing England, the 31-year-old has a relatively lean record compared to his scores against other countries. However, it says much about Kohli’s quality that his average is still 43.55 – which would be deemed exceptional for most other batters.

In his 48 Test innings against England, Kohli has a grand total of 1,960 runs, with three not outs. He has a total of five centuries, and a further nine half-centuries.

Kohli’s finest series was in 2016/17, when England travelled to India for a winter of competitive Test cricket. The then-captain struck an astonishing 655 runs from just eight innings. He recorded two centuries, and averaged 109.16 across the series.

In 2018, Kohli produced the goods in England. Although India lost the series 4-1, the Indian scored 593 runs across 10 innings. England’s Jos Buttler, who scored 349 runs, was a distant second in the run-scoring charts.

Kohli’s highlights included a superb 149 in the first Test at Edgbaston, out of a team total of 274.