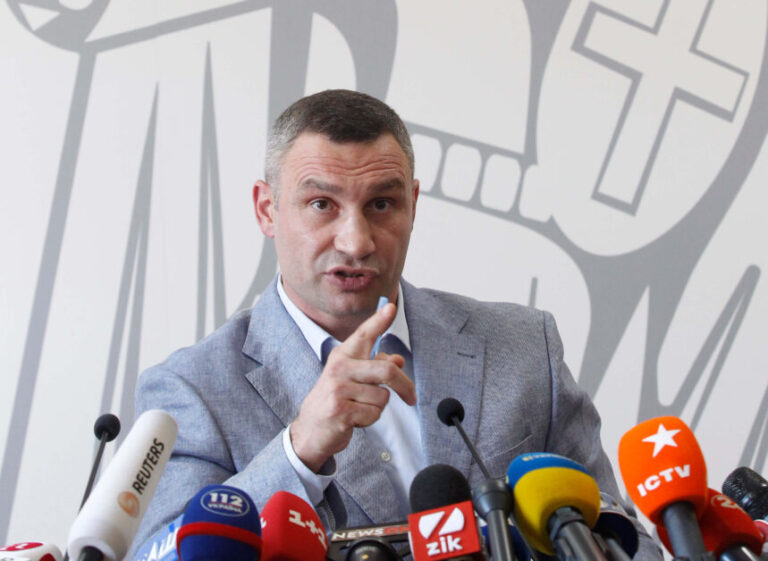 Anthony Joshua has been warned by Vitali Klitschko not to step aside and allow Tyson Fury to fight Oleksandr Usyk.

The British boxer is slated for a rematch with the Ukrainian after losing his three world titles in September.

But, reports have surfaced that Joshua could step aside to allow Fury a shot at becoming the undisputed heavyweight champion.

The deal would see Joshua forfeit his contractual right to a rematch with Usyk in order to allow Fury to fight the Ukrainian instead.

There are pros and cons for both fighters involved in the deal. For Joshua, the main advantage would be a substantial sum of money.

The latest report has the deal valued at £15 million for Joshua. However, Frank Warren said it was now off the table after the Brit demanded a further $5 million.

While a deal would see Joshua receive a big payday, stepping aside would no doubt dent his ego, especially as it is his longtime rival Fury taking his place.

There are more than just financial benefits, though, as Joshua has reportedly demanded he fight the victor of Usyk vs Fury.

This could give boxing fans a match they have been dreaming and see Fury and Joshua finally in a ring together.

For Fury, the main benefit of a deal would be the chance to become the undisputed heavyweight champion for a second time by unifying four belts (WBC, WBA, IBF and WBO).

The last time he achieved the feat, he did so by defeating Wladimir Klitschko, but now the Ukranian’s brother has sent out a warning to Joshua.

The former heavyweight champion – and now mayor of Kiev – Vitali Klitschko said if Joshua were to accept the deal, it would show “weakness.”

“It is his decision. But my personal opinion? If Joshua sidesteps in this moment, when the boxing audience expects a rematch and wants to see Joshua versus Usyk, it would show weakness,” he told Sky Sports.

“Joshua, don’t do that please. As fighters, we fight not just for ourselves but for the audience.

“The audience decides. If the audience wants the fight, it must happen.

“If Joshua sidesteps, I am not sure that the interest in Joshua would be so big in the future.”

Klitschko’s overlaps with both Joshua and Fury

Whilst Vitali Klitschko never fought Fury or Joshua, he has been ringside for some of their bouts.

He was in the corner when Joshua defeated his brother Wladmir and was ringside when Usyk beat Joshua.

Vitali was also in his brother’s corner when he was defeated by Fury in 2015.