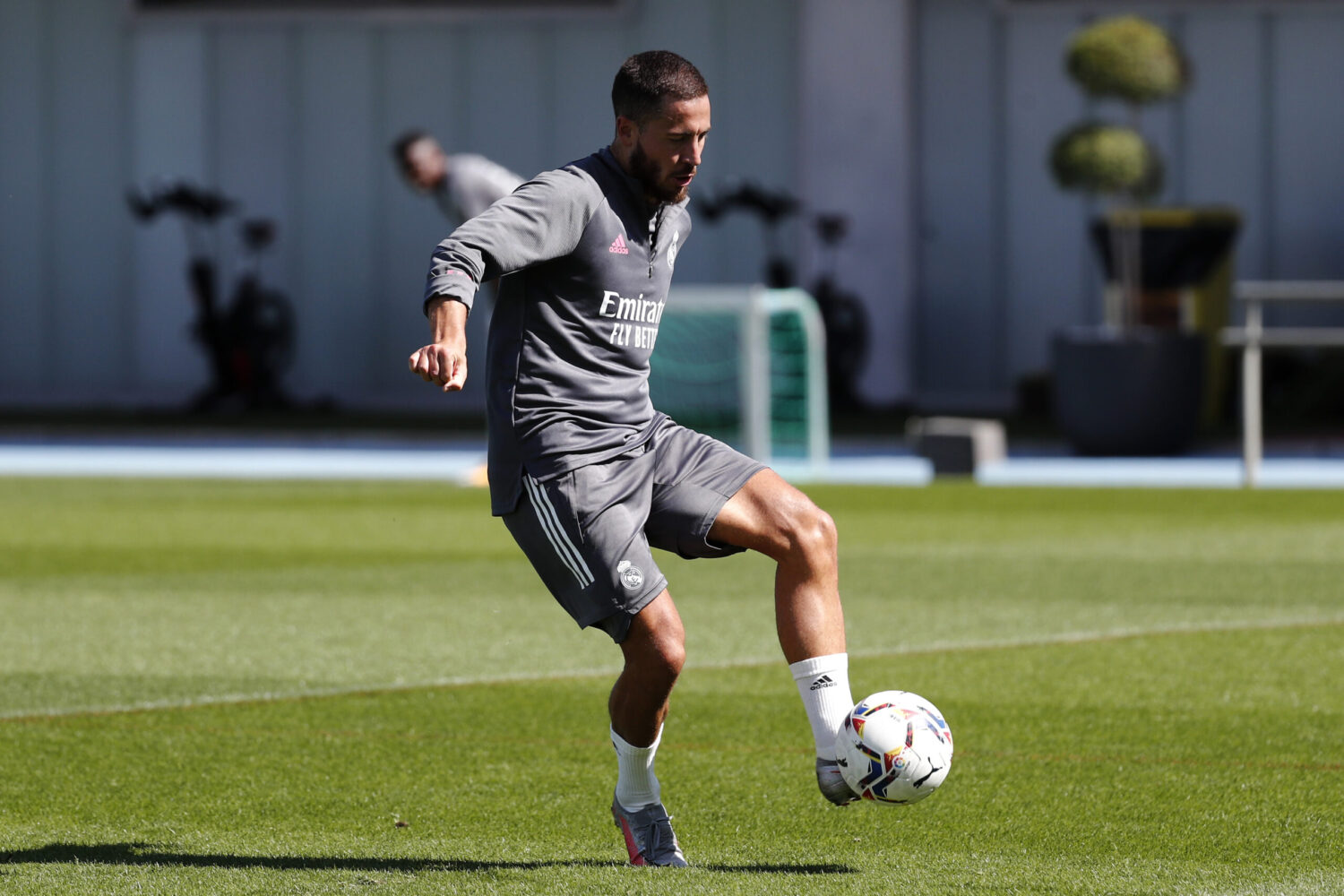 It’s safe to say things haven’t really materialised the way we all thought they would for Eden Hazard at Real Madrid.

A string of injuries have hampered the attacker since his high profile move, which has starved us of undoubtedly one of the best talents in football.

Despite that, Madrid have shared a clip on Twitter, which captures a little piece of that brilliance that we’re so accustomed to.

As the ball drops behind him, Hazard nonchalantly lifts it over a helpless keeper with an exquisitely executed rabona.

The Belgian returned to training through the festive period and is expected to feature in Los Blanco’s game against Elche.

Fingers crossed he can put together a string of games and rediscover the form he consistently produced with Chelsea.