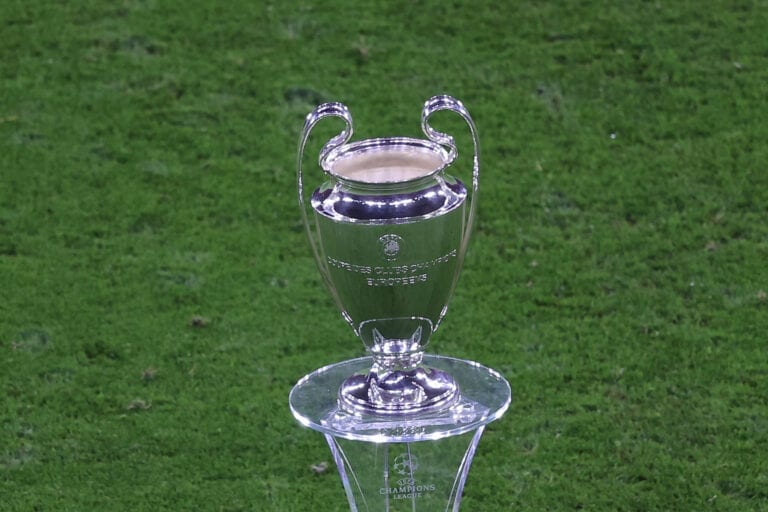 With the Champions League now moving into the business end of the competition, we’re down to the final eight sides who are set to battle it out for the crown currently held by Bayern Munich.

Three English teams – Manchester City, Liverpool and Chelsea – have all made it to the next stage.

As was the case last year, UEFA will be drawing the quarter-final and semi-final ties on the same day.

The first leg of the quarter-final ties will take place on April 6-7, with the second legs taking place the following week on April 13-14.

We’ve got all the information you need to know ahead of the draw below:

When will the Champions League draw take place?

The draw for the Champions League quarter-finals and semi-finals takes place on Friday, March 19. It will be held in Nyon, Switzerland.

Who is in the draw?

City and Liverpool are joined in the draw by FC Porto, Borussia Dortmund, Paris Saint Germain and Real Madrid.

Chelsea and Bayern Munich complete the final eight after knocking out Atletico Madrid and Lazio.

What ties will be drawn?

As well as the quarter-final and semi-final ties, the draw will also determine a ‘home’ side for the final. This is done for administrative purposes.

The final will take place in the Ataturk Olympic Stadium in Istanbul, Turkey on May 29.

Are there any restrictions on who can be drawn against each other?

No – each team is free to be drawn against each other. The round of 16 is the last stage at which teams from the same group or association cannot be drawn together.

Where can I watch the Champions League draw?

The Champions League quarter-final and semi-final draw will be broadcast on BT Sport at 11am GMT. UEFA are also providing a live stream of the draw on their official website.