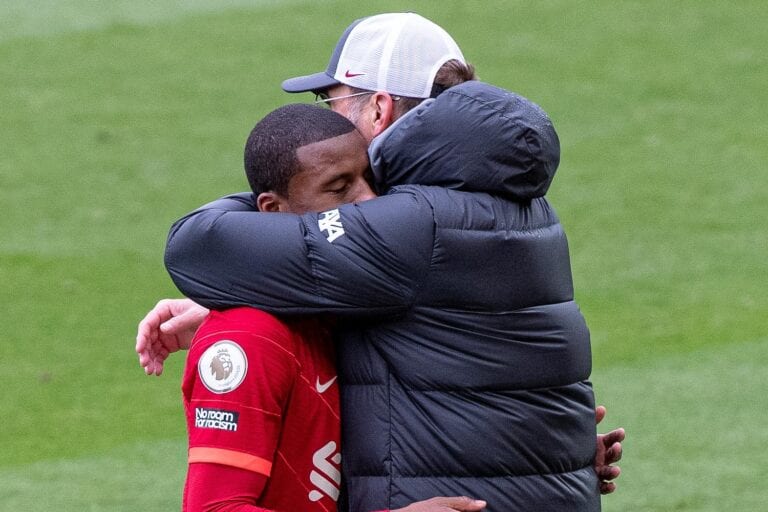 After five wonderful years at Anfield, the time has finally come for Georginio Wijnaldum to leave Liverpool.

The Dutch midfielder enjoyed an awful lot of success with the Reds, but the decision has been made for him to move on to pastures new.

In a statement released yesterday the 30-year-old made it clear that he hasn’t signed with a new club just yet.

“I would have loved to remain a Liverpool player for many more years, but unfortunately things went different. I have to start a new adventure.

“I didn’t sign somewhere else, everyone knows in football everything can happen. The situation right now is that as of July 1st, I’m not a Liverpool player anymore. We will see what I will do in the next couple of weeks. I will rest a little bit and then go to the national team.”

With that in mind, it’s time to take a look at who the bookies are backing to secure the Dutchman’s signature courtesy of Oddschecker.

Thank you for everything, I will miss you #YNWA ❤️❤️ pic.twitter.com/kUsvxc3qbi

The Champions of Germany are always looking to reinvent themselves, and bringing in Gini Wijnaldum could serve as another very savvy bit of business. From his work ethic to his confidence on the ball, he’d strengthen an already-solid Bayern midfield.

Barca were the frontrunners for the longest time with Ronald Koeman hoping to lure his fellow countryman to the Nou Camp but for whatever reason, they’ve fallen behind Bayern in the odds. Still, even with that being the case, he could bring some much-needed consistency to a side full of attacking quality.

Paris Saint-Germain are desperate to build a team that can not only recapture the Ligue 1 title but can also finally mount a serious push for Champions League success. Wijnaldum has clear experience in the latter which by itself, could be enough for Pochettino to put in an offer.

This would have seemed unthinkable given how close a deal seemed to be with Barca, but Zinedine Zidane knows a good player when he sees one and had two opportunities to watch him up close in the Champions League this season.

Inter Milan are starting to attract a parade of top players to the San Siro and given their Serie A triumph, it’s not hard to see why. Wijnaldum has never played in Italy before, which could serve as an extra incentive if it’s a fresh challenge he’s seeking.