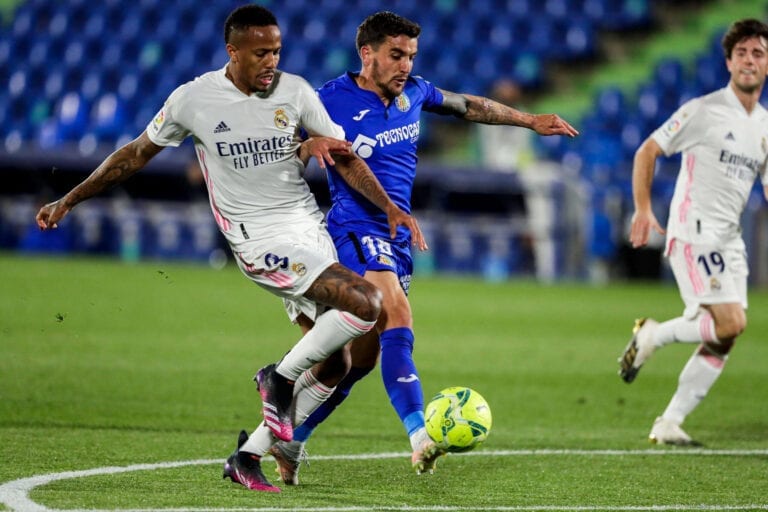 There have been growing reports this week that Manchester United are interested in signing Getafe midfielder Mauro Arambarri this summer.

Spanish newspaper AS reported that Ole Gunnar Solskjaer is looking to strengthen his midfield, and that the Uruguayan international fits the required profile.

They add that the 25-year-old has a release clause of €25 million – far cheaper than other midfield alternatives that United have been linked with.

According to reports last week, the club were focused on signing Borussia Dortmund midfielder Jude Bellingham, but the 17-year-old joined the German giants for £25 million last summer, and his value will have no doubt largely increased after an excellent first season.

West Ham’s Declan Rice has also been linked. Hammers boss David Moyes said he thinks that the midfielder was worth “far, far more” than £100 million back in March.

Arambarri has had a major impact in Spain since signing for Getafe in 2017, initially on loan before the deal was made permanent a year later.

The 5ft 9in midfielder generally plays as a defensive midfielder, although can operate higher up the pitch as well.

Arambarri has made over 100 league appearances for the club, who he helped to reach the last-16 stage of the Europa League in the 2019/20 season. He has four caps for the Uruguay national team.

According to WhoScored, in this season’s LaLiga Arambarri has completed an average of 1.9 tackles a game and 1.2 interceptions.

He trails United midfielder Fred in both of those categories, but records higher numbers than Scott McTominay.

The Uruguayan has recorded 10 yellow cards this campaign – the third time in four seasons he has hit double figures in this area for the club.

According to the LaLiga website, he has made 42 ball recoveries this term, and has committed 58 fouls.

The 25-year-old has also found the net on three occasions, making this the highest scoring season of his professional career.

Could he be the man to add more depth to United’s midfield next season?