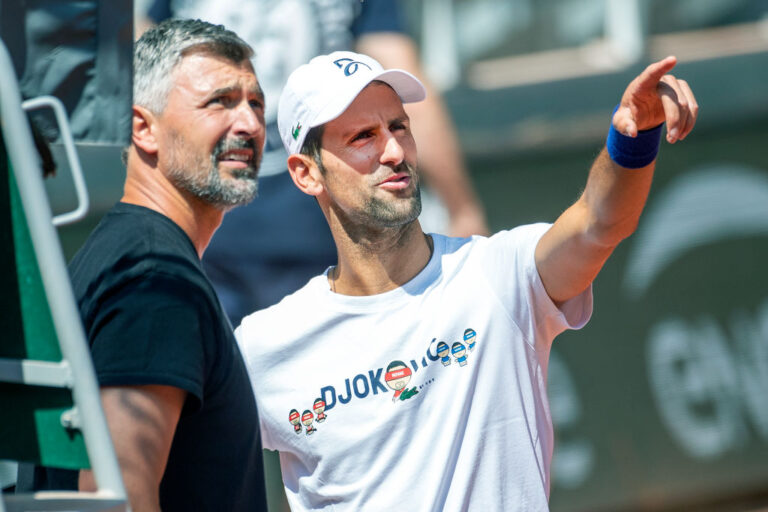 Novak Djokovic is preparing for the final of Wimbledon 2022 against Nick Kyrgios – but who is the coach that has helped him to reach his 33rd Grand Slam final?

The Serbian tennis star has aced his way through Wimbledon thus far – although it hasn’t all been easy.

Djokovic began his tournament with a 3-1 victory in sets over South Korea’s Kwon Soonwoo.

He also had a relatively serene passage through round four. The Serb defeated Tim van Rijthoven 3-1.

From there, Djokovic had to rise above some major scares. In the quarter-final, the number one seed was drawn against the 10th seed, Jannik Sinner. It became, without doubt, his most significant test of this year’s Wimbledon.

The 35-year-old dropped the first two sets, meaning his future participation at The Championships looked in significant doubt.

But, as he so often does, Djokovic recovered, dropping just seven games on his way to winning three consecutive sets.

He then faced British star Cameron Norrie in the semi-finals. Once again, Djokovic dropped the first set, but never really looked threatened from that point onwards as he took the remaining three sets in succession.

Novak Djokovic is now looking for his seventh Wimbledon success – and he has been helped along the way by a famous tennis coach.

Who is the coach of Novak Djokovic?

The coach of Novak Djokovic is none other than former tennis icon Goran Ivanisevic.

Ivanisevic is a one-time Wimbledon winner himself. But his 2001 triumph was historic, as he became the first player ever to win the event as a wildcard. He beat Pat Rafter in the final.

Although his victory in 2001 is what he is best remembered for, Ivanisevic actually achieved most of his success in the 1990s. The Croatian was ranked at world number two in 1994, and reached three Wimbledon finals in the decade.

He was a 49-time finalist on the ATP Tour, winning 22 of those finals. Most of his victories were on carpet. However, he won the 1990 Stuttgart Outdoor event on clay – his first ATP triumph. In 1992, he won the Sydney Indoor on a hard surface, and a 1996 ATP event in Dubai.

Ivanisveic also enjoyed success in doubles competition, winning nine ATP events. Three of those victories came within four months of each other in 1991, teaming up with Italian player Omar Camporese.

Since retiring from tennis in 2004 – and a brief spell with Croatian footballing giants Hajduk Split in 2001 – Ivanisevic has become a coach. He coached Marin Cilic between 2013 and 2016, and was inducted into the International Tennis Hall of Fame in 2020.

Ivanisevic is currently Djokovic’s head coach. The pair will be hoping to record yet another Wimbledon triumph this year.