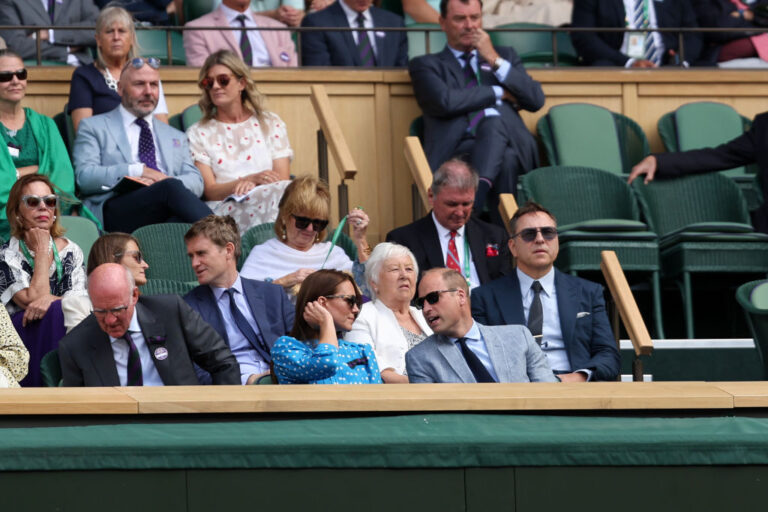 The Wimbledon 2022 men’s singles final takes place this weekend between Novak Djokovic and Cameron Norrie – but who will be positioned in the Royal Box?

The Royal Box is one of the oldest traditions of the event at the All England Club. It has a total of 74 seats. Furthermore, it is used to entertain friends and guests of Wimbledon, according to the official Wimbledon website.

Traditionally, members of the Royal Family are invited to watch the tennis action from the Royal Box. Heads of government, celebrities, and general fans of British tennis are also occasionally seen in the Wimbledon Royal Box.

In 2022, the Duke and Duchess of Cambridge have regularly frequented the Royal Box. Day 10 saw Manchester United legend David Beckham join members of the Royal Family in the box.

Meanwhile, actor Hugh Grant has been more prominently in the news for requesting that the Benny Hill theme be played outside the Houses of Parliament on the day of Boris Johnson’s resignation as leader of the Conservative Party. But he has also found time to attend the action at Wimbledon this week.

In addition, other famous faces that have sat in the Royal Box at Wimbledon this year include Sir Keir Starmer, the Leader of the Labour Party, Dame Laura Kenny and Sir Jason Kenny, Olympic gold medallists, and Sir Ian McKellen, the world-renowned actor.

But who will be in the Royal Box on the tournament’s final day?

The final day of Wimbledon 2022 is Sunday. Novak Djokovic takes on Nick Kyrgios in the men’s singles final.

The Culture Secretary, Nadine Dorries, is present as well.

As a patron of the All England Club, the Duchess presented awards to both the winner and runner-up of the women’s singles final. It was won by Kazakhstan’s Elena Rybakina.