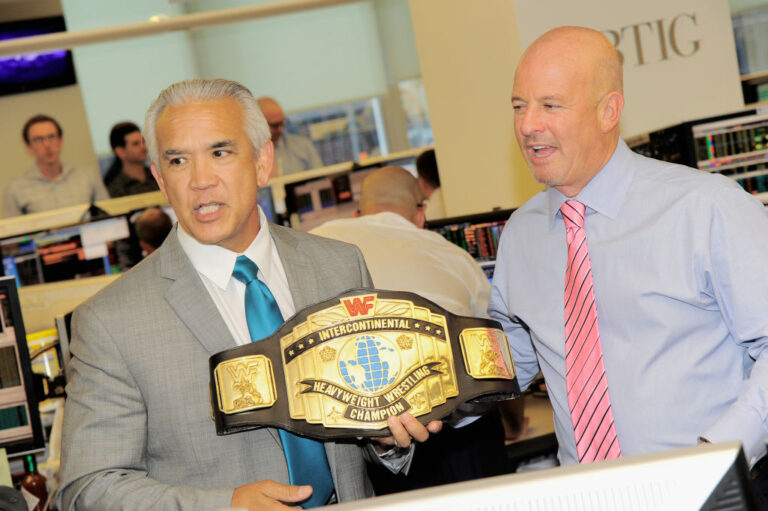 Ricky Steamboat has decided to turn down an opportunity to collide with Ric Flair in The Nature Boy’s last match.

Videos have recently emerged of the 73-year-old training hard ahead of his last dance. However, fans are highly concerned about their hero’s well-being. Despite looking in great shape for his age, the 16-time world champion hasn’t wrestled since 2011 and nearly passed away in 2017 after entering a medically induced coma due to kidney and heart issues.

But regardless of the concerns, he seems set for a comeback and up until recently, he thought he’d found the perfect opponent. The legend offered the opportunity to Steamboat in what would’ve been the last chapter in their incredible rivalry. The pair shared one of the most bitter feuds in the history of the company. Their collision at Chi-Town rumble still makes wrestling enthusiasts around the globe smile.

Ultimately Flair lost the match and surrendered his NWA world title in an absolute classic. However, that monstrous event occurred over three decades ago, and ‘The Dragon’ believes that it’s best to leave their in-ring rivalry in the days of their prime.

Why did Ricky Steamboat turn down a match with Ric Flair?

The icons looked all set to meet again on July 31. But to the delight of fans, Steamboat confirmed during the Highspots live stream that he would not be participating in the event.

He said: “Well, I was approached and given it really some serious thought. A lot of respect to the guy in the ring. You know, both of us are night and day when it comes to stuff out of the ring. Flair wouldn’t be Flair without it.

“I thought about it for a week and just recently just declined on it. I know when I wrestled Jericho at WrestleMania 25, then we had the return match at Backlash in a singles, but at 69, and I know it’s a six-man tag, and I could get a little this and that in, but with all due respect to our fans, I want them to remember me that last time I was in there with Jericho when they chanted, ‘You still got it.’

“I don’t want to scar that phrase.”

In 2009, Steamboat teamed up with Jimmy Snuka and Roddy Piper in a handicap elimination match. Ultimately, ‘Y2J’ proved too fresh for the Hall of Famers, but in that match, The Dragon proved he still had a lot left to give. He followed this by going toe-to-toe with Jericho in a singles match. Although the all-time great lost again, he produced some top-class manoeuvres and sent fans home with nothing but happy memories.