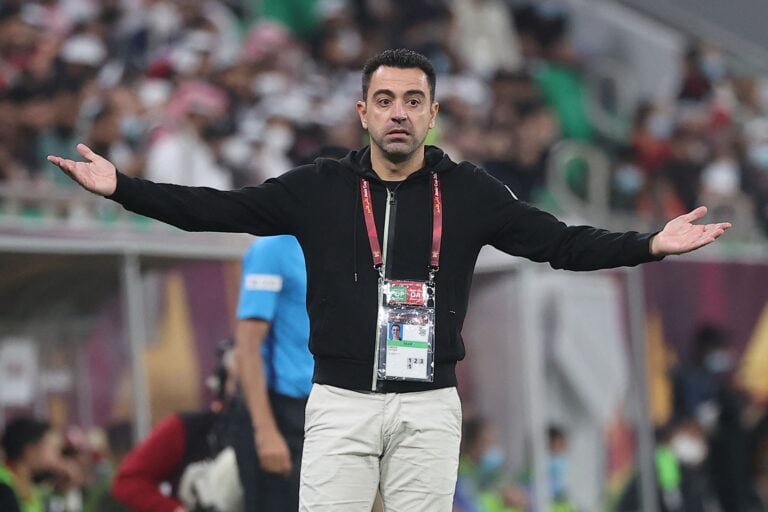 Xavi Hernandez was officially unveiled as the new manager of Barcelona on Monday after leaving Al Sadd.

But his old comments about the Qatari regime resurfaced as stories of a return to Barca developed.

Let’s have a look at what exactly he said and why those comments have proved to be controversial:

What has Xavi said about Qatar?

Speaking in 2019, Xavi reflected positively on his time in Qatar and even claimed that the political system in the country – which is not a democratic one – works better than in Spain.

He explained in an interview with Ara (via Football Espana): “I do not live in a democratic country, but I believe that the system here works better than there [Spain].”

“I will have to vote [in the Spanish general election that November], of course. I want the best for my future and that of my children. And unfortunately, I see that Spain does not work in the best way.”

“Here we have peace of mind, security… we have no house key, you leave the car running…Nuria [Xavi’s wife] even tells me that if we can continue here it will also be better for our children. Both were born here. In Qatar, people are happy.”

“It is true that there is no democratic regime, but people are happy. They are delighted with the royal family, they carry his photographs in the car, he takes care of his citizens.”

Why have the comments been controversial?

Xavi spoke shortly after the announcement that he had agreed to become an ambassador for the 2022 World Cup in Qatar, which will take place between November and December.

In February, a report by The Guardian claimed that 6,500 South Asian migrant workers had died in the country since it won the right to host the World Cup in 2010.

Meanwhile, male homosexuality is currently illegal in Qatar. As per Pink News, the country will allow pride flags at the tournament but “expect people to respect their culture”.

On Sunday, Australian footballer Josh Cavallo – who became the first openly gay top division footballer in the world earlier this month – told The Guardian’s ‘Today in Focus’ podcast that representing his country at the World Cup in Qatar would “scare” him.