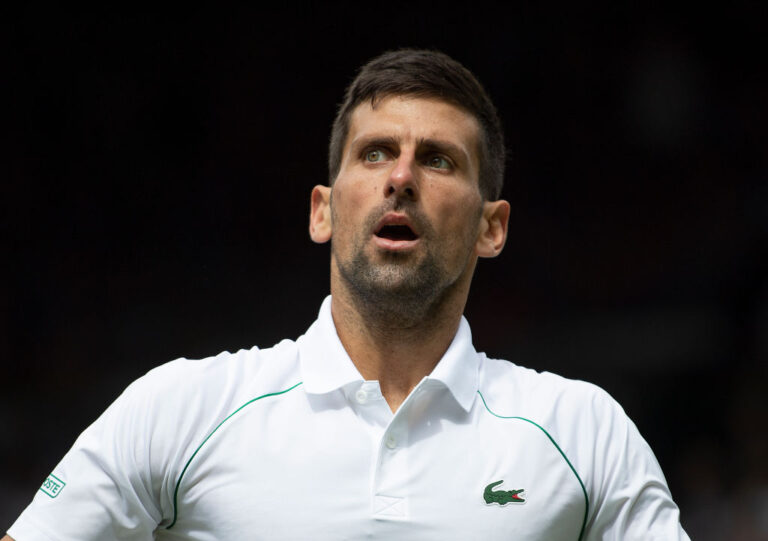 Later today, tennis fans will gather around their screens to witness Cameron Norrie vs Novak Djokovic. We’ve got everything you need, including the UK start time.

Britain’s star representative in the tournament has proven he can mix it with the best players in the world. Throughout the competition, the 26-year-old showcased his unorthodox style and tremendous backhand. Furthermore, in a testament to his hard work, he’s developed a dangerous forehand game.

His lengthy swing creates a mass amount of topspin, making it difficult for players to return his shots. Although he beat David Goffin in his last outing, defeating Djokovic in the semi-final will prove much more difficult.

Throughout his career, Djokovic has proven himself as one of the greatest tennis players of all time. The 20-time Grand Slam champion makes the court a very small place by intimidating players with his mere aura. And having just disposed of Jannik Sinner, he’s confident he can pick up a seventh Wimbledon title.

It is a match guaranteed to provide fireworks, we’ve put together all the necessary information so you can catch the action.

What time does the semi-final start?

Although the Serbian has developed a reputation for rising to the occasion regardless of whether he has the crowd on his side or not, the British spectators will undoubtedly generate huge momentum for Norrie.

Of course, beating the legend stands as a tall order, but with the world number 9 closing in on his first Grand Slam final, he’ll believe he can pull it off.

The eagerly-anticipated match takes place on Centre Court and will commence after 2:30 PM.

How to watch Cameron Norrie vs Novak Djokovic

The entirety of the tournament will broadcast on terrestrial TV on BBC 1 and 2. Furthermore, fans can enjoy the tennis via BBC iPlayer and the BBC Red Button. And those who want to stream the action, can use the BBC Sport website and mobile app.