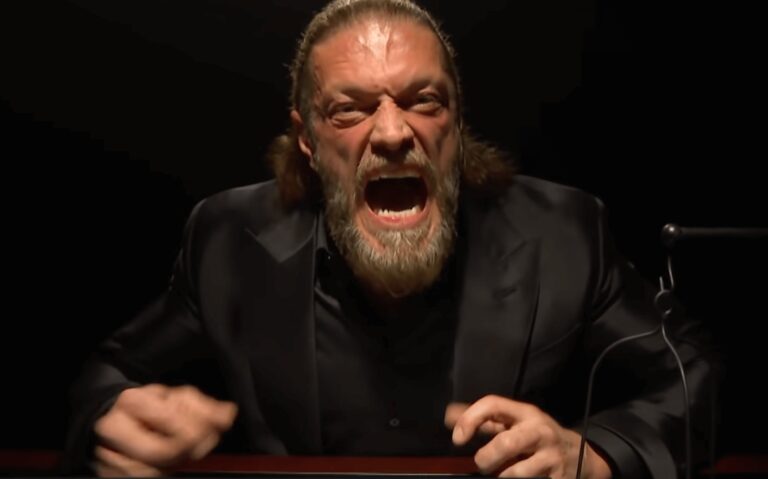 The WWE is planning on taking Edge down a very different route after his fight with AJ Styles at WrestleMania 38.

On April 3, at the AT&T Stadium in Dallas, the two WWE stars will collide in a battle for the ages. After ‘The Phenomenal One’ challenged Edge to a match on the grandest stage, he received a rather unwelcome kick to the groin and found himself rolling around in agony.

And with that, it was official. The 11-time world champion had turned heel. This remarkable career move has gone down exceptionally well. The former hero has taken on the dark aura of a man who will do anything to get the win. He’s begun addressing the crowd to dimmed down lights reminiscent of The Undertaker, and delivering messages in a profoundly sinister fashion.

At this stage of his career, Edge clearly felt the need to do something slightly different. He’s looked impeccable since making his triumphant return at the 2020 Royal Rumble. But to get back in title contention, he needed to breathe fresh air into his character. And he’s done just that.

His dream match against Styles will undoubtedly live up to all expectations. WWE’s plans for Edge for after the event, meanwhile, suggest that his character will expand even further.

According to Fightful (as per Wrestling News), the Canadian will well and truly blow the world of Monday Night Raw apart. The WWE Hall Of Famer is preparing to become the leader of a huge heel line-up. The 48-year-old and his stablemates intend to arrive with a massive impact and blast the entire roster out of the water.

The wrestling icon has played the ‘baby face’ tremendously at different stages of his career. But there’s not many who have the ability to antagonise a crowd quite like Edge. Fans can expect to see this epic idea come to fruition in the not too distant future. According to the same report, the superteam will form imminently unless Vince McMahon changes his mind.

Currently, there are no names officially confirmed. However, Damian Priest is one wrestler who is rumoured to be joining the stable.

Given the huge push he has received on WWE television in recent months, despite the recent loss of his United States Championship, this new stable could be very exciting indeed.