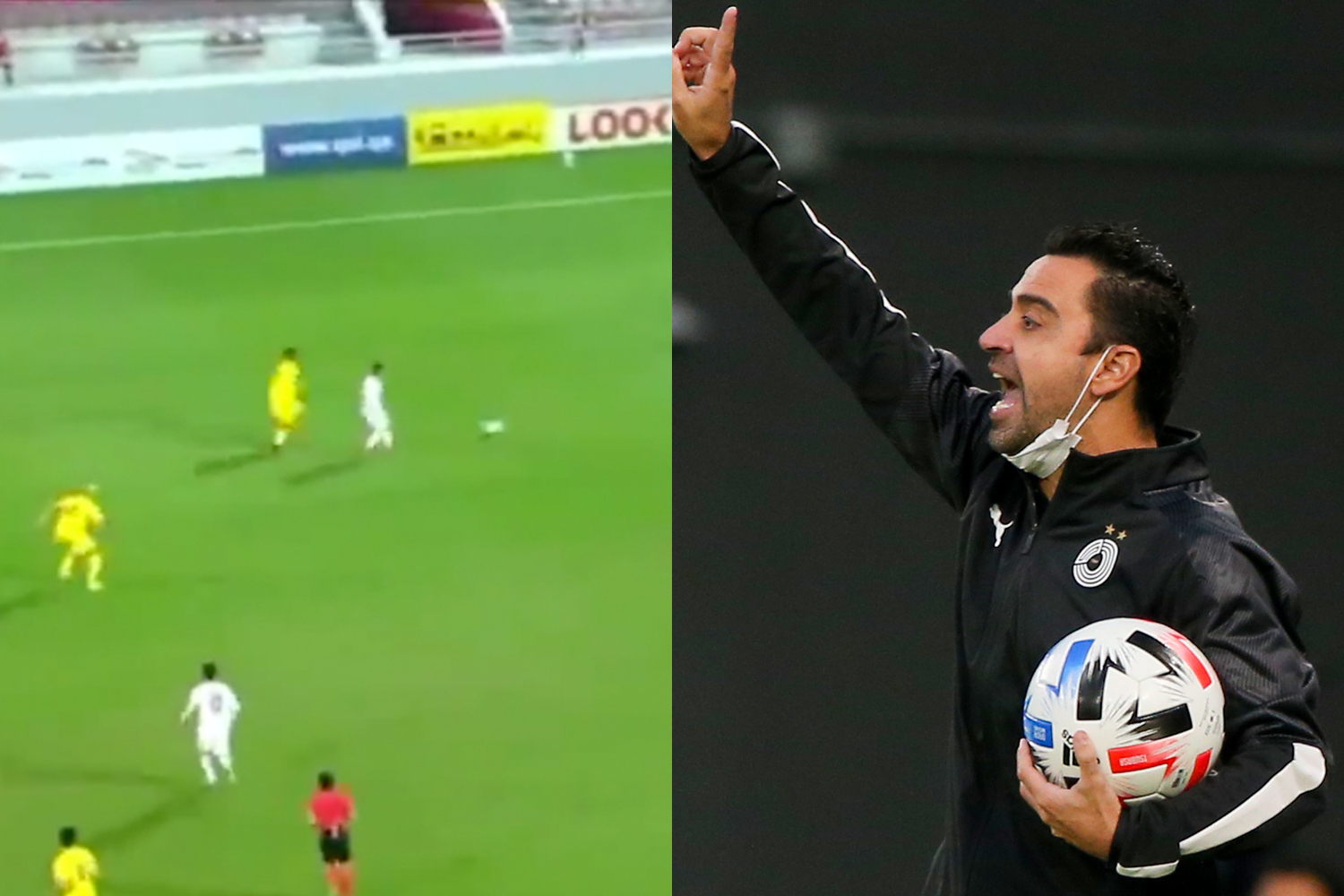 Xavi was an integral piece of that Barcelona side that essentially reinvented the way we looked at football under Pep Guardiola.

Him and Andres Iniesta formed undoubtedly one of the finest midfield partnerships we’re ever likely to see, both at the heart of arguably the greatest team to ever play the game.

Now managing in Qatar, it seems Xavi has taken inspiration from that golden era into his own coaching style with Al Sadd.

His side continued their stellar start to the season over the weekend, cruising to a 4-1 victory over Al-Gharafa. It was the fourth goal that got fans talking though, employing the iconic tiki-taka style of buildup that was so synonymous with that Barca side.

The clip will be a tough watch for Barcelona fans, who have endured a torrid start to the season under Ronald Koeman, who is already under intense pressure to turn things around.

ℹ While Koeman is struggling with Barcelona, ​​Xavi breaks all the records in Qatar.

ℹ They are the only unbeaten team in the league with the best attacking & defensive records.

With the growing unrest surrounding the Catalan side, it’s not out of the question that they could soon be approaching Xavi again to take over at the Nou Camp.