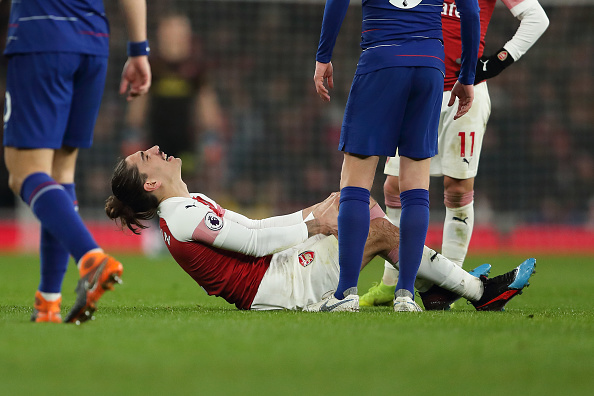 A trailer has just been released for ‘Unseen Journey’ and it looks brilliant. The documentary is based on Hector Bellerin and his recovery from his long-term injury.

Bellerin ruptured his anterior cruciate ligament in a game against Chelsea in 2017. This was the first time the player has ever suffered an injury like this. As a result of the injury, Bellerin had surgery on his knee.

An ACL injury is one of the worst injuries in football and it can take months away from a players career. Some players do not return to the top levels after such a time consuming spell out.

As it was Bellerin’s first major injury and because of this you will get to see the different impacts the first big injury has on a player at the very top.

The Spaniard was out for nine months and the new documentary follows his journey through rehab. The documentary will show the long road to recovery the full back had to go down to get back to playing Premier League football.

The new documentary will offer a highly detailed experience. Director Charles Hoare shadowed Hector closely for many years in order to get the best final piece.

The series will also include never seen before footage of Arsenal’s 2019/20 FA Cup victory. This was the first trophy that Bellerin got his hands on since coming back from nine months out.

The programme includes inputs from Rob Holding, Jon Toral and many others. It also includes interviews with Dr Ramon Cugat, who is one of the top doctors in football.

Bellerin and the mental battle

The will show a never seen before focus on the mental battle of a long-term injury. The honest nine-part series will highlight the psychological impact on players on the injury table.

The mental battle can often be the hardest part of a big injury. Bellerin had to stay positive and focused on the at times lonely journey back to playing.

Bellerin is very open in the programme as he believes that the mental challenges an injury can cause is not talked about enough.

With mental health awareness becoming more recognised in society, the documentary will help promote awareness for players mental wellbeing while going through injuries and spells on the sideline.

Unseen Journey is a truthful portrayal of a Hector Bellerin at his lowest moments, looking to overcome the physical and mental struggle of a serious injury.

You do not want to miss this interesting insight into the world of football injuries. You can watch the series tomorrow on Hector Bellerin’s YouTube channel.

What did you think of the trailer? Let us know @SPORF on Twitter