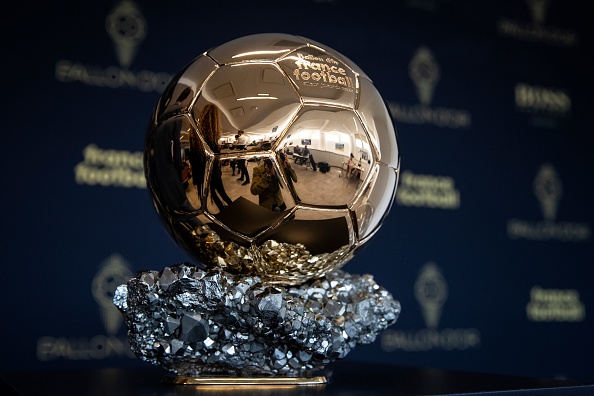 The dominance of the Ballon d’Or by Cristiano Ronaldo and Lionel Messi has never been seen before. The pair have won 11 of the past 12 Ballon d’Or awards in spanning way back to 2008.

Many world class players have been overlooked for the award due to the unbelievable talent of Ronaldo and Messi.

So, in a parallel universe were Messi and Ronaldo are non-existent who would have won the past 12 Ballon d’Or awards.

Fernando Torres would have picked up the 2008 award for his exceptional spell at Liverpool. The Spaniard was clinical for Liverpool across this period, tearing up Premier League back fours and scoring for fun.

He also played a massive part in Spain’s Euro 2008 win. Torres scored the winner in the final against Germany.

Xavi Hernandez will go down as one of the best midfielders the game has ever seen. The tiki-taka style of Barcelona suited the Spanish midfielder perfectly.

He would have picked up the award thanks to his contribution to the success of Barcelona’s continental treble.

After falling short to his midfield partner the year before Andres Iniesta would have won the 2010 Ballon d’Or. Iniesta was one of the cleverest players in world football and had wonderful technique.

Perhaps his iconic goal in the 2010 World Cup final could have been a deciding factor in the awarding process.

The Barcelona midfield general could have been a two-time Ballon d’Or winner if Ronaldo and Messi were not around.

Instead of a Messi v Ronaldo rivalry we could have seen an in-house battle for the Ballon d’Or at Barcelona. Iniesta would have joined Xavi as a two-time winner.

The deciding factor could have yet again been Iniesta’s performances on the international stage as he was arguably the best player at Euro 2012.

Franck Ribery has openly said that he believes that he should have won the 2013 Ballon d’Or ahead of Messi and Ronaldo.

The Frenchman had a brilliant year he helped Bayern win the Champions League, UEFA Super Cup, Bundesliga and DFB-Pokal. He contributed 45 goals and assists in the calendar year and was vital in the success of Bayern Munich.

As you can see by the top five this was a period of dominance for Bayern Munich as they established themselves as the top side in Europe.

Three German players also made the list thanks to their performance at 2014 World Cup.

Manuel Neuer would have picked up the award in 2014 thanks to his superb modern style of goalkeeping. He would have been only the second keeper to win the award after Lev Yashin who won it 1963.

Neymar would have won the award in 2015, the skill full Brazilian racked up an impressive 41 goals and 18 assists in across 2015. Neymar helped Barcelona win five major trophies in a calendar year.

He formed a formidable partnership with Messi and Suarez but in this case, he would not have Messi to work with. With Messi not in the picture would Neymar have ever left Barcelona.

Antoine Griezmann has struggled at Barcelona since his move, but the French attacker was one of the world’s best a few seasons ago. He manged 28 goals for Atletico in all competitions in 2016.

Griezmann’s displays managed to get them to the 2016 UEFA Champions League Final against rivals Real Madrid. They lost the game on penalties.

France reached the finals of EURO 2016 and Griezmann was in fine form. He was named as player of the tournament and also won top scorer with six goals. Sadly, for Griezmann, Portugal won the trophy.

Neymar now at PSG could have joined Xavi and Iniesta to become a two-time winner on this list. The Brazilian ended his time at Barcelona in August 2017 and joined PSG for a record-breaking fee.

Many believe that Neymar’s move away from Barcelona was to escape the shadow cast by Lionel Messi.

2017 was a good year for Neymar as he scored 31 goals and got 21 assists in spells at Barca and PSG.

A real winner next up, Luka Modric was the man who finally broke the reign of Messi and Ronaldo on the Ballon d’Or. Modric became the first man other than Messi and Ronaldo to win the award since 2007 when Kaka was the winner.

Modric’s undervalued performances were finally rewarded with footballs biggest individual prize. The midfielder helped Real Madrid win yet another Champions League title and captained Croatia all the way to the FIFA World Cup final where they lost to France. Modric was given the Golden Ball after the tournament.

Without Messi and Ronaldo in the picture, Virgil Van Dijk would have been the first defender to win the award since Fabio Cannavaro in 2006. VVD made defending look effortless at times and marshalled the back line all the way to the Champions League trophy.

Stunning defensive displays have put Van Dijk firmly in the debate for the Premier League’s best ever centre back.

Despite the decision by France Football to cancel the 2020 Ballon d’Or most believe that Bayern Munich striker Robert Lewandowski deserved the award. The Polish striker has been one of the greatest goal scorers of the past ten years and 2020 was his best yet.

The striker had been in incredible form for the Bayern last season, bagging more than 50 goals. This outrageous goal haul helped Bayern to the treble.

Many great players have missed out on the Ballon d’Or due to the brilliance of Lionel Messi and Cristiano Ronaldo.

Is there anyone you believe should have won the Ballon d’Or in this spell? Let us know @SPORF on Twitter.