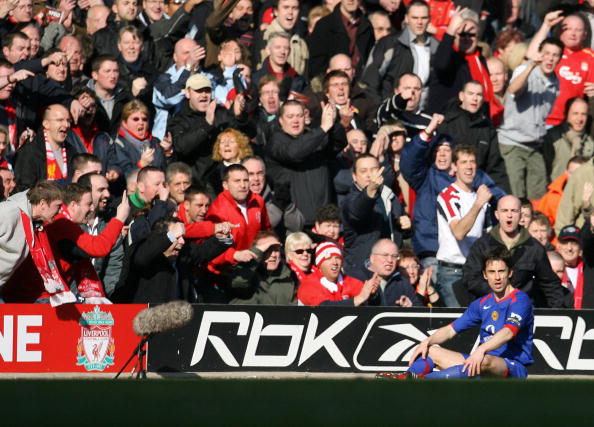 The FA cup draw set up a classic tie as Manchester United and Liverpool were drawn together in the fourth round.

Manchester United and Liverpool are two of the most successful teams in the competition with 17 wins between them.

Manchester United have surprised many this season and currently sit top of the table, three point ahead of rivals Liverpool . That all could change however as they face each other in just five days’ time in the league.

The fans have been treated to two North West Derbies in the space of one week with the FA cup clash set for the 26th of January at Old Trafford.

The two teams have a fierce rivalry and would love to dump each other out of the FA Cup this year. With replays scrapped in the competition this year there must be a winner on the day.

Here is what has happened the last five times the sides met in the FA cup.

The two teams met in the 1996 FA cup final. The game was expected to be full of goals with an array of attacking talent on display but neither David James nor Peter Schmeichel had much to do.

The final was largely uneventful with both teams marking each other’s danger men perfectly.

Roy Keane earned the man of the match award as he broke up all of Liverpool’s attacks and covered every blade of grass.

The uneventful game look destined to be level at the 90-minute mark. However, on the 85th minute Eric Cantona, who hardly had an impact on the game, struck home the winner.

The win meant that United had won their 9th FA cup title and made them the first team to win the domestic double on two occasions.

Manchester United fought back from one down to progress through to the fifth round in what turned out to be their famous treble season.

The tie was billed as a battle of the strike partnerships: Andy Cole and Dwight Yorke of United against Michael Owen and Robbie Fowler of Liverpool.

Liverpool got off to a fantastic start when Michael Owen headed Liverpool ahead after just two minutes at Old Trafford.

Manchester United then tried to find a way back in the game. United wasted many good opportunities in the game and it looked as if it was going to be Liverpool’s day.

However, on the 88th minute mark it all changed. A free kick whipped in by David Beckham found Andy Cole who knocked it down for strike partner Dwight Yorke to score.

Liverpool got their first FA cup victory over United in over 85 years. They dominated the game in a 1-0 win over their rivals.

Liverpool would go on to win the tournament in one of the best finals in the history of the cup. Gerrard’s late wonder strike in the final was made possible by Liverpool’s top performance against Manchester United.

It was Peter Crouch who got the only goal of the tie heading in a cross by Steve Finnan after 20 minutes. Steven Gerrard and Dietmar Hamman ran the game in midfield as Liverpool look in control through the whole game.

The game and Liverpool’s great performance was slightly clouded by a horrible leg break for United substitute Alan Smith.

Liverpool came into the game on the back of sacking Roy Hodgson. This set up a return to an iconic rivalry as Kenny Dalglish took charge of the team to face his old foe Sir Alex Ferguson.

Unfortunately, it was not the result that Dalglish would have hoped for as Liverpool lost 1-0. Manchester United took the lead almost immediately as they won a penalty after Daniel Agger fouled Dimitar Berbatov. A Ryan Giggs penalty was enough to see off Liverpool who did not create many chances in the game.

Liverpool’s task was made harder after captain Steven Gerrard was sent off for a reckless two footed tackle on Michael Carrick.

The last time the teams played in the FA cup it was Liverpool who came out on top.

Kenny Dalglish’s Liverpool had already booked a trip to Wembley a few days earlier after reaching the League Cup final. This win started a cup run to 2013 FA cup final, where Liverpool would eventually lose to Chelsea.

Liverpool took the lead thanks to Daniel Agger who headed home past Daniel De Gea. United got themselves level just before half time however as the always dependable Ji Sung Park fired past Pepe Reina.

It looked like the tie was heading for a replay at Old Trafford, but late drama saw Liverpool be victorious. A long ball from Pepe Reina was flicked on towards Dirk Kuyt who smashed home a late winner for Liverpool.

Who do you think will be progressing to the next round of this year’s FA cup? Let us know @SPORF on Twitter.