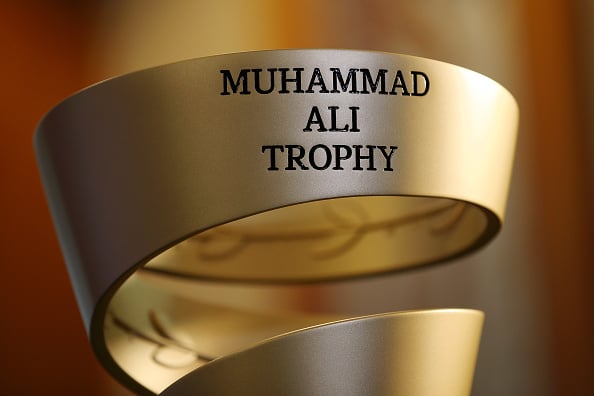 The World Boxing Super Series is the dream competition for boxing fans. Founded in 2017, the WBSS aims to match the best of each weight division into a knockout-style competition.

The winner of the tournament receives the Muhammad Ali Trophy as well as being awarded the WBC ‘Diamond’ title.

As well as the honours there is also big financial benefits in competing in the competition. It was reported that the eight fighters in the previous WBSS shared a £37.9 million pound prize fund, with the winners picking up £7.5 million pounds.

Fans are now hungry for more WBSS in different weight classes in particular the heavyweight division.

With Anthony Joshua and Tyson Fury looking to battle it out to become undisputed champion it is unlikely we would see the two brits competing in the WBSS.

Recent reports from Kalle Sauerland have suggested that the tournament could be competition for the best contenders in the division. The winner could make themselves next in-line for the next undisputed champion.

This could set up an eight-man tournament filled with world class heavyweights but who would make the cut?

A WBSS could be a perfect opportunity to rebuild his career after his devastating loss to Tyson Fury. The competition could be a dangerous challenge for the American as his opponent may have identified weaknesses in the former WBC champion’s game.

However, the massive puncher would fancy his chances in the knock-out format. The WBSS would also be a chance for Wilder to beef out his record with quality opposition.

After his defeat by Joshua in 2018 many thought that Povetkin might have had his last chance for heavyweight glory. Three years later, at 41 years old Povetkin is still hanging around with the heavyweight elite.

Povetkin’s shock knock out win over Dillian Whyte meant that the Russian is now the WBC mandatory. The win also reminded the whole division that he is still a tough opponent to get rid of.

Usyk is already the holder of the WBSS cruiserweight trophy. He is the WBA mandatory and has shown he can mix it with the big boys by easing past Dereck Chisora recently.

Another win in the WBSS would surely establish Usyk as one of the all-time greats.

Andy Ruiz has begun training with Eddy Reynoso and looks in great shape. Ruiz stunned the world when he knocked out ‘AJ’ in the summer of 2019, but he let himself down in the rematch as he looked out of shape.

The WBSS could be a great opportunity for Ruiz to elevate himself to back to the top of heavyweight boxing in the quest to get his old belts back.

Dillian Whyte is one of the most improved fighters in the division. The Brixton brawler is not afraid of anyone and has fought some top-level fighters through his career.

His recent loss to Povetikin did not reflect his performance as he dominated the bout and knocked down his opponent on multiple occasions. The WBSS would be made for a game fighter like Whyte.

The 2016 Olympic silver medallists has ramped up his charge toward a shot at a world title in his last five fights. Joyce has defeated former world title challengers Bermane Stiverne and Bryant Jennings recently.

Joyce made a big statement to the rest of the division with his impressive stoppage win over Daniel Dubois. The ‘Juggernaut’ is now a top contender.

Michael Hunter is fittingly labelled as the best kept secret in the heavyweight division. The American is always calling out the top names of the division while climbing up the rankings.

He showed his top-class ability in his entertaining battle with Alexander Povetikin. Hunter has all the tools to trouble the very best in the weight class.

The former WBO world champion has gone off the radar in recent years and the WBSS would be a great chance to return to where he belongs.

Parker must first get through domestic rival Junior Fa if he wants to get a shot at world title in the future.

Prospects Filip Hrgovic and Tony Yoka could also be an option for the WBSS. The two Olympic medallists from Rio 2016 are some of the most dangerous up and coming fighters.

Daniel Dubois may need to rebuild his career and some confidence before entering a knockout tournament with world class opposition.

Familiar names such as Kubrat Pulev, Luis Ortiz and Charles Martin may also want a chance in the tournament as they would not like to be phased out of big fights in the future.

Which eight heavyweights would you want to see in a WBSS tournament? Let us know @SPORF on Twitter.