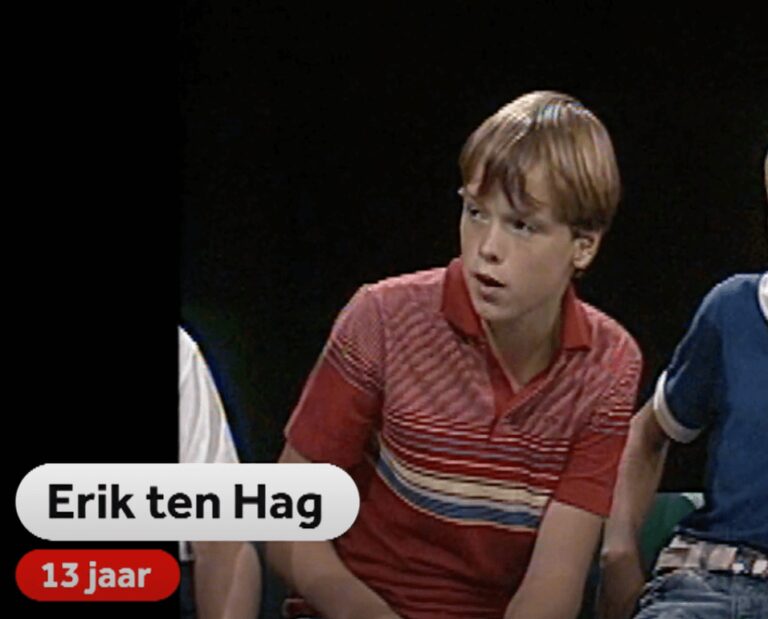 Throughout his time at Ajax, Erik ten Hag has proved himself as one of the best managers on the planet. But a resurfaced interaction with Johan Cruyff demonstrates that he always had something special about him.

As the days slowly pass by, Manchester United fans are becoming overwhelmed amid the impending appointment of the 52-year-old as their new manager.

According to The Atheltic, they don’t have much longer to wait. Ajax will collide with PSV Eindhoven in the final of the Dutch Cup on April 17, with an announcement expected after that game.

The eagerly-anticipated match-up has all the ingredients of a real barnburner. But that’s not the only reason supporters are excited. We’re led to believe that the Red Devils will reveal that they have agreed on a deal for ten Hag to take over the reins at the club as soon as the match ends.

Since Sir Alex Ferguson‘s departure in 2013, United have spiralled into the abyss. And despite a plethora of elite managers chancing their arm, they’ve all failed to fend off the fearsome time. But with ten Hag, fans are optimistic—and with good reason to.

What has Erik ten Hag done to deserve so much credit?

The managerial maestro has captivated pundits around the globe with his achievements at Ajax. He has guided ‘de Godenzonen’ to two Eredivisie championships, with a third likely on the way, not to mention his incredible run in the 2018/19 Champions League. Incredibly, against the odds, his side made it to the semi-finals, where they defeated Real Madrid and Juventus along the way.

Furthermore, legendary manager Rinus Michels completely revolutionised the game we know and love today, providing the inspiration and tactical style for the likes of Johan Cruyff to shine.

And a resurfaced interaction with Cruyff shows that, even from a young age, Erik ten Hag knew a thing or two about the game.

Read: When Manchester United are expected to announce Erik ten Hag as their new boss

In 1983, an unknown 13-year-old boy debated coaching tactics with a future managerial legend during a live Dutch broadcast.

The intriguing conversation foreshadowed the icon ten Hag would go on to become. Here is how the interaction went down:

Johan Cruyff: “But it happens a lot, right, that a trainer yells. Or does that not happen with you guys?”

Erik ten Hag: “I think you should watch out that you don’t yell to the youth too much, because you can break a player like that. But on a higher level, such as the first team of Ajax, you should be able to say something about it. Those guys train almost every day in the week. If they keep making the same mistakes, you should be able to confront them.”

Cruyff: “So that means you differentiate between youth and paid football?”

A total of 39 years have passed since this conversation, and it’s fair to say that the younger man knows his stuff. He has gone on to form a successful career in his own right, and perhaps the best is yet to come.